10 Reasons why you should Learn Python

Python is a totally free language to download, use, and code. Its commands are mostly in simple English. This makes it easy to remember and write commands. The code is readable and with a little knowledge, a developer can learn many things just by looking at the code.

It has standard libraries that offer a lot of functionalities which lets you implement complex applications with ease. Python was designed with the newbies in mind. The use of white space and common expressions has eliminated the need for tedious variable declarations and ugly braces. 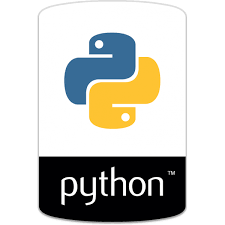 Your First Steps in Programming

Python can be your starting point into the programming domain. Employers are looking for fully stacked programmers and Python will help you become one.

Python is an object-oriented language, just like Java, Javascript, C++, C#, Perl, Ruby, and other main programming languages. For people aspiring to become software developers, learning this language will help you adapt easily in other environments.

A coding knowledge of Python can be a solid base because Python’s methodologies can be used across a broad range of applications. Even without prior programming knowledge, one can easily make out the similarities and differences between Python’s syntax and the syntax of other languages. 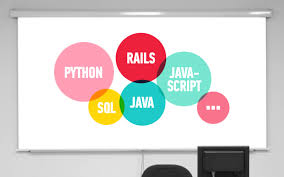 Python is one of the most widely used high-level programming languages. Python also executes basic tasks with less code, making it a compact and economical language to learn. Python code is often 3-5 times shorter than Java, and 5-10 times shorter than C++.

Some programming languages take ages to learn, not Python; as it is simple and quick to write code in Python. One could become reasonably proficient in it in less than two months.

The language supports multiple styles like functional programming, object-oriented or imperative programming. The memory management is done automatically and has many standard libraries available for python programmer. Learning python programming is an easy task and yet it is able to scale real world problems. The basics of python language are easy to understand and follow due to the similarities with language such as C, Perl, and Java. Learning python opens up many doors for python developers in the world of programming.

Raspberry Pi is a credit card-sized, cheap microcomputer that is being used for a mind-blowing range of exciting DIY projects such as robots, remote-controlled toys, and video game consoles. With Python as its programming language, the Raspberry Pi is being used even by kids to build robots, radios, arcade machines, even cameras. With Raspberry Pi craze on the boil, there are any number of DIY projects, manuals, and books to choose from online.

Completing some of these DIY projects can be a satisfying experience and it will motivate you to push yourself further in coming up with innovative ideas and gadgets.

By using advanced python programming one can create some novel gadgets or products which can create waves in the market.

It Pays to Learn Python

Big corporations like Google, Yahoo!, Disney, Nokia, and IBM all use Python. In fact, in 2013, among programming languages, Python had the largest, for example, year-on-year job demand growth of 19%.

Even in 2014 while the overall hiring demand for IT professionals dipped by 5%, the demand for Python programmers increased by 8.7%.

In New York, Python developers make an average of $106k/year. On the other side of the Atlantic, Python programmers also enjoy a strongly rising demand for their skills.

Based on a research study on software’s and related courses – Swift, Python, Ruby, C++, and Java developers make the most money with PHP developers finishing at the bottom.

For Artificial Intelligence and Machine learning

Presently, Python is currently driving scientific programming, but this wasn’t doing so earlier.

For many years, academic scholars and researchers were using the MATLAB language for scientific research.

With the release of Python numerical computation engines such as Numpy and SciPy, complex calculations could be done by a single “import” statement followed by a function call.

So anybody who is even remotely connected with scientific research should learn python because it is going to be absolutely essential part of his or her work.

Web programming with python provides lots of choices as python has an array of frameworks for developing websites.

Web frameworks offered by python are Pylons, Django, Zope2, TurboGears, web.py, Grok, web2py etc. Django is the most popular framework preferred for python development. Django, written in Python, is the foundation of such sites as Pinterest, The New York Times, The Guardian, BitBucket, and Instagram.

Coding a program that takes hours in PHP can be done in minutes using Python. Not only that, the Python code is a lot faster and stable. Then there is Flask, another Python web framework, but tiny and built for customizability. Once one starts working with Django and Flask, one would never look back to PHP.

While the majority of websites still run on PHP, many new web applications are being built using Python.If you’re doing any web application development, try Python and Django/Flask. You’ll be surely impressed.

Python is the only scripting language you’ll need to begin designing your own websites and applications. Python is versatile; it can be used for small, large, online and offline projects. 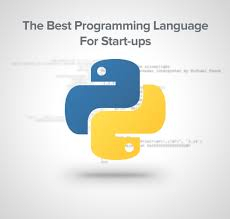 Success in start-up companies does not materialize overnight. It comes from a series of iterative tasks that look like this − Find out what the potential customer wants.

Build the Minimum Viable Product or service i.e., the one having the smallest possible set of features that solves the customer’s problem. Show it to the customer.

Repeat the process until the customer is happy with the product or service. This process allows start-ups to iterate their way to success. Start with an idea, then refine the idea and product until you’ve achieved your target. Python is the ideal solution for start-ups. Python allows you to code fast, building complex applications with minimum lines of code that are 5 times less than Java and 10 times less than C++.

Moving fast from idea to implementation is crucial in the start-up world, so if you are working with start-up companies, learning Python is recommended. Whether a particular product or service is web-based, mobile, or enterprise, Python can be useful, either as part of the core product or as a supporting utility. Python can scale the most complex application efficiently and can be managed by a small team effectively. 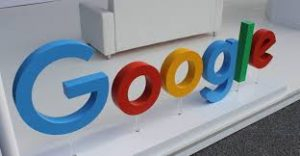 In fact, Python is one of Google’s favorite languages, they are always hiring experts in it and they have created many of their popular products with it.

Many big names such as Yahoo, IBM, Nokia, Google, Disney, NASA, Mozilla and much more rely heavily on Python.

Since these companies use Python they are always in search of talented professionals who have worked on Python. There is always a demand for Python web developers and they are offered some decent packages as well.

A python developer, when in need, can access a large number of resources like reference manuals, books, tutorials, videos, forums, etc. If a programmer has any doubt or some technical issue, he/she seek help from thousands of Python community members on forums, Twitter, Facebook, Q&A sites, pretty much everywhere.

Because of Python is an open source language there are always people trying to improve it, keeping it fresh and up to date with current trends, bringing out newer versions of the language.

This article tries to explain you the advantages of using Python and the future that Python holds in the coming times.