Downhill Skiing - How to Play?

This sport is a good exercise for mind and body. It improves physical abilities and skills while making the participants entertained, and in most cases the spectators too. There are sports for recreation and amusement all over the world but few are taken into count by international groups and organisations for competitive purposes. One of which is downhill skiing.

It’s a sensation that is incomparable to any other thing in the world of sports. In a line, very few sensations can be compared to this. You can be a first time skier or a pro. There are few basic assumptions and steps to be followed while any skier gets himself onto the ice. Before the skiing begins, let us navigate through how to make yourselves ready to involve in the fascinating event of downhill skiing.

Gearing up with boots, right skis, poles and bindings is the key for any best possible experience on the icy mountains. The gear can make and also can break your trip. These are few basic steps and rules that will be teaching any beginner the game of downhill skiing.

Get Ready for Skiing

Alpine skiing involves a lot of climbing, more often at high altitudes. Hence the skiers should be strong enough and in very good physical condition.

Ensure all the mates have an avalanche gear, a compass, a map, a whistle or radio that are properly functioning and a clear understanding of the plan. Practise well the tricks of basic skiing and get yourself boosted up with confidence.

Skiing is fun, only with proper gear. If there is any mistake in the gear the skiers may end up dying in frostbite.

After getting ready with the dress the skier needs to know about some basic steps in the process of skiing. 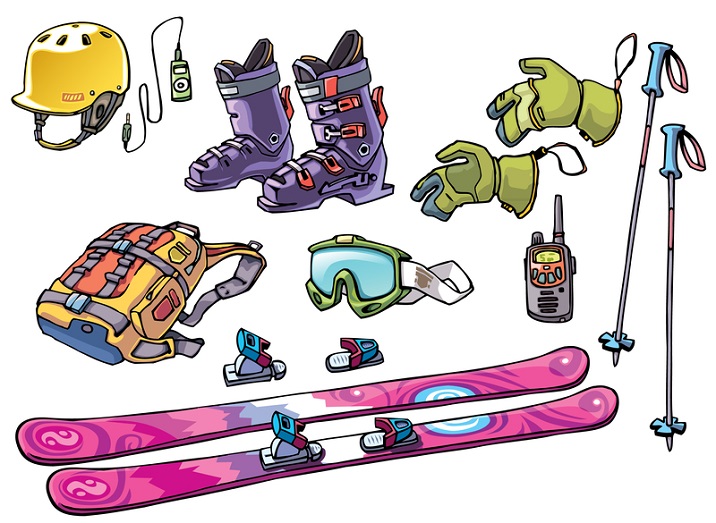 All beginners should follow these sequences in order to maintain a safe glide. The steps are listed below −

After attaining a certain stage of basic requirements, the steps to be followed are −

The conditions for imposition of penalty are listed as follows −

Alpine skiing is now a very popular winter pastime game. To an estimation there are nearly 300 million skiers and snowboarders in the world today. The average visits only in USA are nearly 57.5 million with a record of 60.5 million alone in 2007-08. The game is full of fun and amusement throughout but there are few angles to be taken care of while it is being played.

Injuries occurring at head, knees, shoulders, spinal, thumb and wrist get reported in a higher frequency by the skiers. This may be due to lack of effective training or negligence of planning for success with a false action.

The skull injuries were reported to be minor frequently. But the 10% injuries which are at higher risks were to be taken seriously and prevented by gradual precautionary actions. The minor injuries were due to collision during a slide with the ground or mountain rocks or wood along the track. They can be easily eradicated if the skier takes few precautionary steps.

Knee injuries were common during a ski due to the twisting force generated during the transmission leads to fall and then breakage of lower leg bones. The development of release bindings reduced this adverse effect of knee fractures. But still 30-40% of the injuries occurring in alpine skiing were related to knee injuries.

Shoulder joint injuries may occur due to sudden fall down at the time of skiing. If the causality falls with an out stretched hand on to the ground may result in shoulder fracture.