The Federation of International skiing was found in the year 1924 which was the same year for its first debut at the Chamonix Winter Games. Maybe in one or the other forms, Skiing made itself a permanent game held at the Olympics. There are various disciplines of the game but in the Olympics, there are only six faces of this game which are Alpine, Cross Country, Ski Jumping, Nordic Combined, Freestyle, and Snowboarding.

This consists ten events five each for men and women. In the alpine skiing, the downhill features the highest speeds and longest course. Super Giant Slalom is referred to as super-G, an interesting event that unites the downhill’s speed with précised turns of giant slalom. The winner is the one who completes a single course with a fastest time.

This game consists of shortest course and quickest turns. The giant slalom consists of wider and fewer turns with a smoothness in them. In this game, the skier has to make two run downs to two different courses along the same slope of the runway. Both the times are added, and the sum of fastest total time discloses the winner. In the super combined event, one-run slalom follows one shortened downhill run. Together the sum of times is calculated and the player with fastest total time is the winner.

This game is currently played only by men and it includes three events which are the individual hill, normal hill, and large hill team events. In individual events, every individual gets two jumps and the player with highest score combined is the winner. Whereas, the team event consists of four members per team and the team finalizes to eight best teams soon after the first jump. 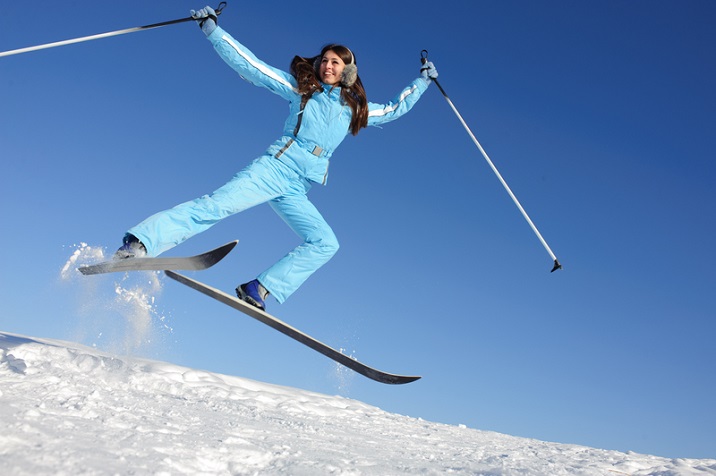 In this face, it has three events, each featuring a ski jumping competition and a cross-country ski race. For a normal hill Gundersen event, ski jumping is done on a normal hill of 90mts. For large hill events and team events, the hill height is 120mts. In the cross-country event it takes a 10km race and the team has a 4x5km relay.

In the Olympic programme, as followed by Vancouver Games there are three freestyle skiing events each for men and women. In addition to the mogul and aerial competitions, its debut for ski cross is made in 2010. The mass start of all the four racers set stage for fast and exciting competitions made to test the skills’ of skiers in the turns of a variety of types and sizes, traverses and flat sections, as well as banks, ridges and rolls. The skier with the highest speed wins.