In real world scenario, networks under same administration are generally scattered geographically. There may exist requirement of connecting two different networks of same kind as well as of different kinds. Routing between two networks is called internetworking.

Networks can be considered different based on various parameters such as, Protocol, topology, Layer-2 network and addressing scheme.

In internetworking, routers have knowledge of each other’s address and addresses beyond them. They can be statically configured go on different network or they can learn by using internetworking routing protocol. 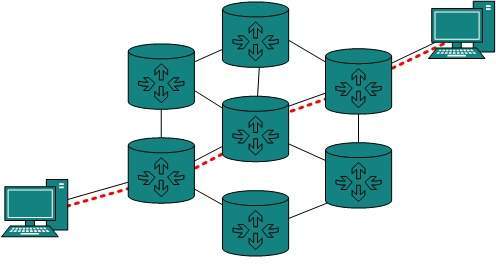 If they are two geographically separate networks, which want to communicate with each other, they may deploy a dedicated line between or they have to pass their data through intermediate networks.

Tunneling is a mechanism by which two or more same networks communicate with each other, by passing intermediate networking complexities. Tunneling is configured at both ends. 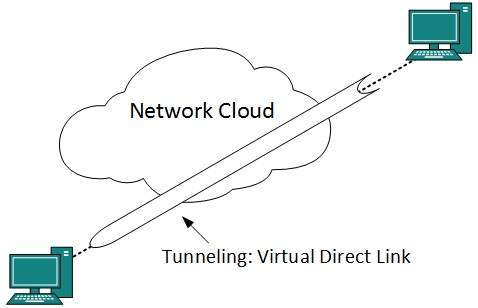 When the data enters from one end of Tunnel, it is tagged. This tagged data is then routed inside the intermediate or transit network to reach the other end of Tunnel. When data exists the Tunnel its tag is removed and delivered to the other part of the network.

Both ends seem as if they are directly connected and tagging makes data travel through transit network without any modifications.

Most Ethernet segments have their maximum transmission unit (MTU) fixed to 1500 bytes. A data packet can have more or less packet length depending upon the application. Devices in the transit path also have their hardware and software capabilities which tell what amount of data that device can handle and what size of packet it can process.

If the data packet size is less than or equal to the size of packet the transit network can handle, it is processed neutrally. If the packet is larger, it is broken into smaller pieces and then forwarded. This is called packet fragmentation. Each fragment contains the same destination and source address and routed through transit path easily. At the receiving end it is assembled again.

If a packet with DF (don’t fragment) bit set to 1 comes to a router which can not handle the packet because of its length, the packet is dropped.

When a packet is received by a router has its MF (more fragments) bit set to 1, the router then knows that it is a fragmented packet and parts of the original packet is on the way.