What Office Politics Does to Companies

Joanna Strinstrom decided that she needs a change after ten years of working in the same office. There was nothing wrong with the place she was currently working with: the working environment was pleasant, management was responsive, and the staff friendly.

However, the irony was that this perfect working environment caused a low employee turnover, i.e. very few employees quit the company so promotion opportunities were low. Hence, she applied for a job with Affable Guys Inc. and successfully got herself placed as the deputy Process Lead. She was happy and happily set off to work in an organization where she had no idea what was waiting for her.

From the first day with Affable Toys Inc., Joanna started getting doubts if she had made a wrong choice. The environment was all right: a bit too formal for her liking, however that’s expected when you walk in as a new face among a workplace full of strangers. What concerned her more immediately was the introductory talk given to her on the day of joining by the Process Lead, Rachel Cramson.

Rachel stated it clearly that she hardly ever walked into the main body of the building as she preferred to work from her room. Joanna was to be her eyes and ears, and by that she meant that Joanna was supposed to be in the main building and report any such activities, gossips, and moods that might seem like questioning Rachel’s authority. 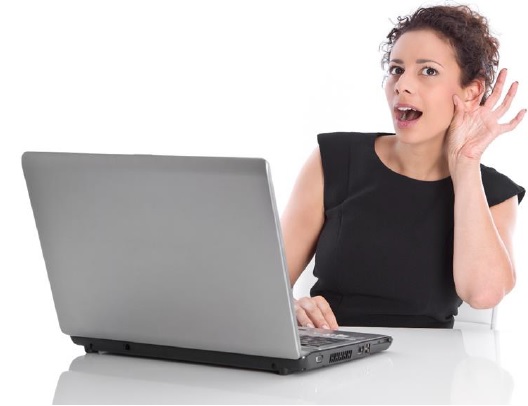 Although it was hard for Joanna to contradict Rachel on the first day of their meeting each other, it did sound odd for her to be given only the task of reporting on staff activities and the general mood of the workplace with regards to the working style of Rachel. There was no discussion on the usual responsibilities associated with this job, such as providing guidance, meeting targets, setting deadlines, etc.

Joanna wondered if the staff will notice her being nosy and suspect her of being a snitch, however she soon found out that that the staff already had figured out how to deal with her. The excessive formality was not, after all, because of her being new to the place. They knew exactly what she had been recruited for, as her predecessor was had performed the same role for Rachel.

This had made the staff wary of discussing anything important or serious with me. They limited themselves to superficialities and trivial talk in front of her, and were guarded and diplomatic in their responses when asked anything. They avoided discussing anything with even their colleagues in her presence that could have an adverse interpretation.

Understanding Work-culture at the Workplace

Respite arrived in the form of Andrea, who was a supervisor on the process Joanna was recruited for. She opened up and was frank with Joanna on the first day itself. She told Joanna that the ongoing personality clash between the Process Lead and the staff was on account of the former Deputy Process Lead reporting on the employees daily to Rachel, and in a negative light.

All this made Joanna wonder how, if at all, Rachel managed to run an efficient organization, when he didn’t interact with his team members and spied on them, instead. In the following days, Joanna attended a team meeting and soon realized that the staff didn’t want to discuss anything related to the process in her presence. They only listened to what instructions their supervisor, Andrea had for them and that was it − no questions, no queries, nothing.

While talking to Andrea later, Joanna came to know that the employees would have gossiped and while their time away if Joanna hadn’t been there. In short, there would have been no work-related discussion even in her absence. Joanna understood that the employees had lost the interest and drive to try and improve the organization, fearing that their jobs will be in danger if they spoke their minds out. The employees only did what the supervisors told them and nothing more. The working procedures were outdated and there was no joy in the workplace. 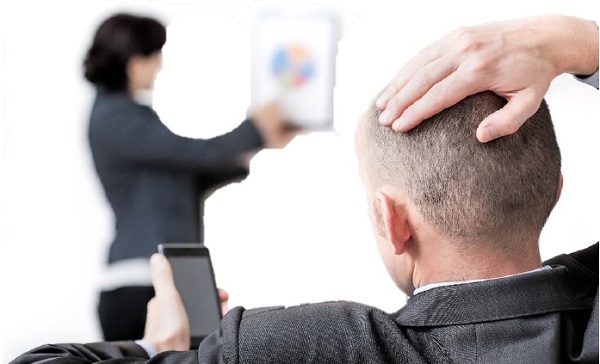 To Joanna’s mind, this was the worst brand of Office Politics where people supposed to work as a team were distrustful of one another. On her part, Rachel didn’t want anything to do with the office staff too. She gave them as less instructions and guidance as possible and severely distrusted the staff.

Joanna rang up her previous company just to see if her positon was still available but ironically, they had promoted someone to fill up her position. Instead of running her career by simply leaving, she decided to set up her own program to encourage open communication between staff and management, with the aim of increasing efficiency through a more relaxed and friendly working environment.

She knew that Rachel was a lost cause so she didn’t aim that high, but spoke to the supervisors and their team-mates. Andrea was a great help at this. Joanna figured that if efficiency and productivity increased, then Rachel couldn’t possibly complain.

There was some hesitation in the beginning. People were cynical of this approach and suspected this was some ploy to earn their confidence and draw words out of their mouths, however with an increasingly transparent and frank working environment, they could notice the change and communication improved. This brought in a flurry of positive criticism, innovative ideas and frank suggestions which increased the overall efficiency of work. The happiness quotient of working at Affable Toys was back. It took some time to break through the initial barriers but it was worth it.

That being said, Rachel Cramson is still the Process Lead, however the office had changed their way of working through mutual understanding and respect. They were working as a team and cooperating with each other. In short, they had decided to not let Office Politics get in the way of their success.

And if you thought cases like these will only be found in small to medium-sized companies where there is little to no attention on production values, you will be surprised to know that even the most efficient and organized bodies have witnessed instances of Office Politics, which often leads them to disastrous consequences.