According to archeological data, both men and women in that cultural setting wore trousers. However, males have only been allowed to wear trousers for the majority of contemporary history. Due to social conventions and legal requirements, this standard was upheld in many areas. The 1850s women's rights movement; comfort; freedom of mobility; fashion; concealment; attempts to avoid the gender wage gap; and attempts to create an empowered public identity for women are just a few historical instances of women wearing trousers in defiance of societal conventions. 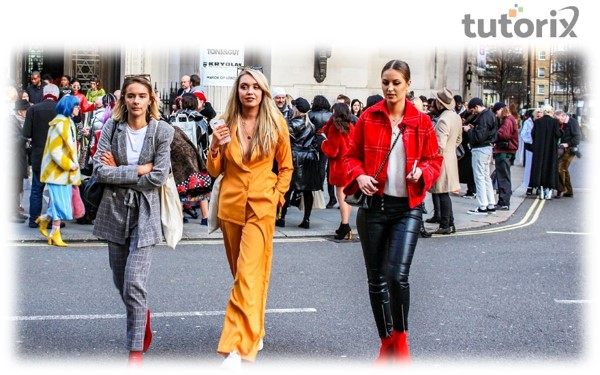 Though some artifacts from Mycenaean Greece (c. 1750–c. 1050 BCE) show men and women wearing crude trousers, in classical antiquity and ancient Rome, trousers were infrequently worn. Males wore a toga as their top clothing, while females wore a stola, and both wore a tunic as their undergarment. In the Germanic culture, both men and women occasionally wore long trousers.

Amelia Bloomer was first exposed to the "Turkish dress" in 1851 by pioneering feminist Elizabeth Smith Miller, which was composed of a knee-length skirt layered over pantaloons in Turkish fashion. Bloomer came to support and promote the outfit, as well as the instructions for making it, in The Lily, a publication devoted to the "Emancipation of Women from Intemperance, Injustice, Prejudice, and Bigotry."

20th Century: Changing Norms in the United States and Europe

Valerie Steele claims that by the end of the 19th century, Parisian women were wearing bloomers more frequently than English and American women. This is likely because bloomers were marketed as a fashionable item in France as opposed to a quasi-feminist statement, which fashion writers firmly despised.

In order to support the war effort during the First World War (1914–1918), many women were recruited in nations like France, the United Kingdom, and the United States to work in manufacturing, particularly munitions factories, or to replace men in service industries like public transportation. While many men were ordered to the front lines to fight, their wives frequently started to dress more comfortably and safely within the factories by donning boiler suits or their husbands' pants.

Clothing producers in France and America seem to have been perplexed about what kinds of outfits to make for women throughout the post-war years and the early 1920s. While some believed that prewar traditions should be reinstated, others sought ways to move forward and evolve. Since certain fabrics were in low supply and the economy was still in shambles, designers were obliged to use their creativity, with the majority initially concentrating on new kinds and patterns of skirts and dresses.

In the 1930s, actresses Marlene Dietrich and Katharine Hepburn were frequently pictured wearing trousers, demonstrating how the trend had originated among the working class. Dietrich is particularly well-known for wearing a black tuxedo and matching fedora to the 1932 premiere of The Sign of the Cross.

History was repeated on a bigger scale during World War II (1939–1945), with more women donning trousers and shaving their hair than during World War I in order to work in factories more securely while males were deployed to the front lines. More American women than ever before entered labor between 1942 and 1945. Contrary to earlier decades, American manufacturers created their own clothing styles within the constraints imposed by wartime necessity instead of drawing influence from Parisian couture fashions.

Women's pants, in contrast to the Interwar Period, made a significant fashion statement and an improvement in everyday use after World War II. Only actors like Marlene Dietrich, Katharine Hepburn, and Audrey Hepburn, as well as other fashionable women like Coco Chanel, wore trousers or slacks in public for everyday use during the post-war era.

André Courrèges' introduction of women's jeans in the 1960s ushered in the age of designer jeans. And in 1966, Yves Saint Laurent unveiled "Le Smoking," a woman's tuxedo designed for formal events. Helmut Newton is credited with taking the iconic shot, which highlights the wearer's androgyny and hints at homosexual overtones. The first woman to wear pants in the US Congress was Rep. Charlotte Reid in 1969.

Instructed to wear a skirt in the 1980s in Puerto Rico, because she was not permitted to enter court in pants. She won her case against the judge. Rebecca Morgan, a state senator from California, made history by wearing pants in the state senate for the first time in 1989. The first lady to appear in a formal portrait of the American First Lady wearing pants was Hillary Clinton.

The International Skating Union has permitted women to compete in trousers rather than skirts since 2004. Najat Vallaud-Belkacem, France's Minister for Women's Rights, formally abolished a bylaw requiring women in Paris, France, to obtain permission from the city before "dressing like males," including by donning pants, in 2013. The initial purpose of the bylaw was to forbid women from donning the pants that were popular among French Revolutionary War rebels in Paris.

The Royal Canadian Mounted Police started allowing women to wear boots and pants with all of their official uniforms in 2012. The normal "ambassador" dress for British Airways, which has historically not featured trousers, was required for some female crew members until 2016.

Many girls still choose to wear skirts in elementary and secondary schools in the UK, despite the fact that most institutions allow females to wear pants. Due to opposition to skirts-only policies, several schools started to change their uniform policies in the late 20th and early 21st centuries. The most well-known case may have been Jo Hale vs. Whickam Comprehensive in 2000.

In Western culture, In the past, women in that region of the world wore dresses and other items resembling skirts, while men wore pants. For industrial employment, women began donning pants in the late 1800s. Women donned their husbands' pants while working during World War II, and in the 1970s, pants were particularly stylish for women. Women now wear trousers much more frequently than skirts, and many of them do so practically constantly.