An outer garment called a pair of pants or slacks covers the lower part of the body from the waist to the ankles and is segmented to cover each leg individually. According to historians who seek to define pants, if any part of a garment travelled between the legs, it was an ancestor of this garment. According to this definition, trousers date back to antiquity and were particularly popular among horse people like the Scythians and Mongols. 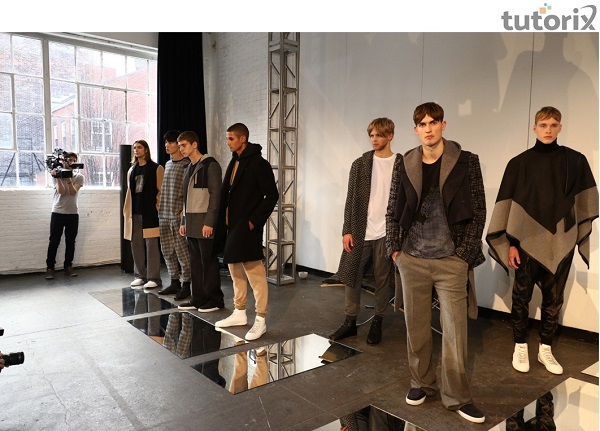 Although the terms "pants" and "trousers" are sometimes used synonymously, trousers typically refer to tailored clothing having a fitting waistband, pockets, and a zipper. In the past, the term “pants” was frequently used to describe undergarments, but it has since evolved to include a wider range of clothing items, including trousers, bloomers, knickerbockers, breeches, slacks, jeans, shorts, and capris. Even though they are more closely related to hose than pants, leggings are frequently called pants.

Breeches, knickerbockers, and pantaloons were examples of bifurcated European clothing up until the end of the 18th century. Men began wearing pants on a regular basis by the year 1820. Since then, they have been the standard type of dress for men, ranging from the 1924 Oxford bags, which were incredibly wide, to the narrow pants. Eastern European and Asian minor horsemen were the first to wear pants in the Western world. In the third century BCE, people in western Europe wore pants.

Both the Bible and Greek mythology make reference to the wearing of pants by ancient humans. As stated in Exodus 28:42 and the Book of Daniel 3:21, respectively, the King James Version of the Bible mentions pants. “And you shall make them linen trousers to cover their nakedness from the loins even to the thighs.” The invention of the zipper dates back to 1890. The early 20th century saw the debut of jeans.

In Europe, pants were the most popular. Its evaluation mostly took place in Europe. Men in mediaeval Europe wore short tunics over snug-fitting pants or leggings. In colder weather, women wore loose britches under their dresses for warmth. These tight-fitting pants changed into a tighter style of leg covering that resembled hose with connected foot covers. By the year 1500, men wore bulky knee breeches with attached hose. Bold hues were worn by fashionable males. The breeches had a colourful lining that was exposed after being lined and cut. By 1550, the breeches had taken on an extremely oversized appearance and were inflated to balloon around the upper leg.

While working men of the lower classes wore ankle-length pants in the 1600s, these pantaloons were adorned with buttons and ribbons. Simple breeches that fastened below the knee eventually replaced bulky pantaloons styles. During the French Revolution, males adopted the longer, ankle-length fashions of the working class since breeches were perceived as an aristocratic conceit. Pantalettes were the name given to the undergarments worn by ladies of the period under their skirts. They had a drawstring waistband and were made of two distinct linen tubes.

Pants have long been considered to be a symbol of masculinity in Western culture. Women's bloomers, a type of pants introduced by 19th-century garment designers, were dismissed as being too radical.  Women weren’t allowed to wear trousers until the 20th century, and only then for business and formal clothes after initially being allowed for sports and informal wear. For warmth and modesty, women used to wear loose drawers or pantalettes under their dresses before that. Although some ladies were seen in the late 1800s and early 1900s wearing genuine pants. In the 1970s, women were allowed to wear pants to work.

Cut-Offs are jeans that have been converted into shorts, typically without a finished hem.

Men's Bottom Wear, or simply pants, are garments that are typically worn in the lower part of the body (below the waist). Though many dresses come and go each year, pants are the ones that, after its creation, continue in use with the occasional change or alteration in design.