Why do we have a different time zones and why GMT is considered as the standard?

All over the world, the Greenwich Mean Time (GMT) is followed as the standard time. The Greenwich Meridian which is the Prime Meridian or Longitude Zero degrees marks the starting point of every Time Zone of the time zone map. 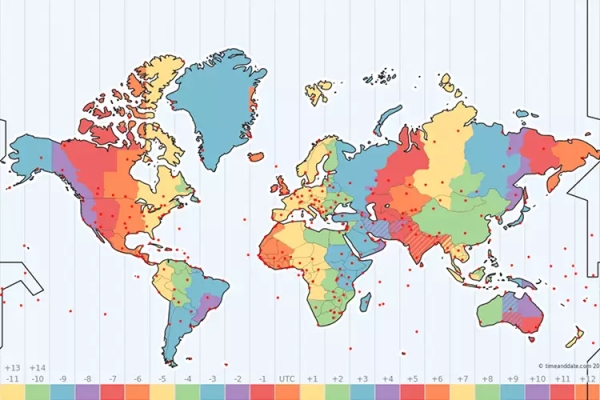 The clock time at the Royal Observatory in Greenwich, London, is followed as the Greenwich Mean Time or GMT all over the world. Greenwich which is considered as the Prime Meridian has the Sun at its highest point at 1200 noon, exactly above the Greenwich.

There are 25 world time zones. If you consider GMT as 0, then each one calculated at 15° of Longitude apart from -12 to +12 from east to west from the prime meridian of the world. These were standardized by early 1900s which used an hourly offset from GMT.

At present India has a single time zone, the Indian Standard Time (IST) which is 5 hours and 30 minutes ahead of GMT.