What is the Client-Server Framework for Parallel Applications in Computer Architecture?

Parallel applications can be designed using the client/server model. A client may divide a big application into several smaller problems that can be processed by multiple servers simultaneously. All the servers compute the solution to their respective problems and send their results to the client.

The client assembles the results from each server and outputs the final result to the user. The client acts as the master (supervisor) while the servers act as the slaves (workers) in the master-slave (supervisor-workers) model as shown in the figure. The steps are taken at the client and each server is summarized as follows. 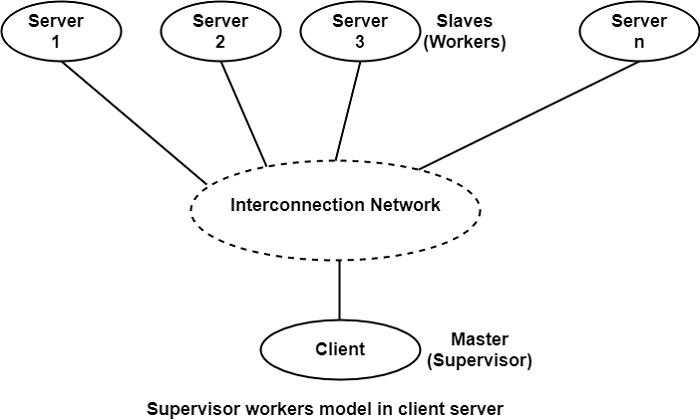