What is Arithmetic Logic Shift Unit in Computer Architecture?

A computer systems create use of several storage registers that are linked to a typical operational unit is known as the arithmetic and logic unit (ALU). ALU is the central and one of the most essential units internal the CPU of the computer.

All the logical and numerical operations of a computer are implemented here. The contents of a particular register are arranged in the input of ALU. ALU implements the given operation and then transfers it to the target register.

The one stage of an arithmetic logic shift unit is demonstrated in the figure. The subscript i nominate a frequent stage. There are two inputs are used for both the arithmetic and logic units. 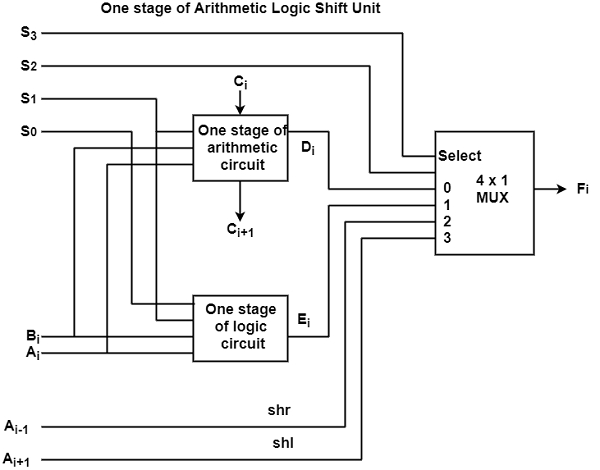 There are two data inputs to the multiplexer receive inputs Ai-1 for the shift-right operation and Ai+1 for the shift-left operation. The circuit should be continued n times for an n-bit ALU.