What is ad-hoc network?

An ad hoc network is one that is spontaneously formed when devices connect and communicate with each other. The term ad hoc is a Latin word that literally means "for this," implying improvised or impromptu.

Ad hoc networks are mostly wireless local area networks (LANs). The devices communicate with each other directly instead of relying on a base station or access points as in wireless LANs for data transfer co-ordination. Each device participates in routing activity, by determining the route using the routing algorithm and forwarding data to other devices via this route. 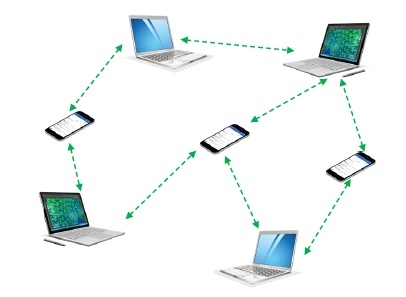 Ad hoc networks can be classified into several types depending upon the nature of their applications. The most prominent ad hoc networks that are commonly incorporated are illustrated in the diagram below − 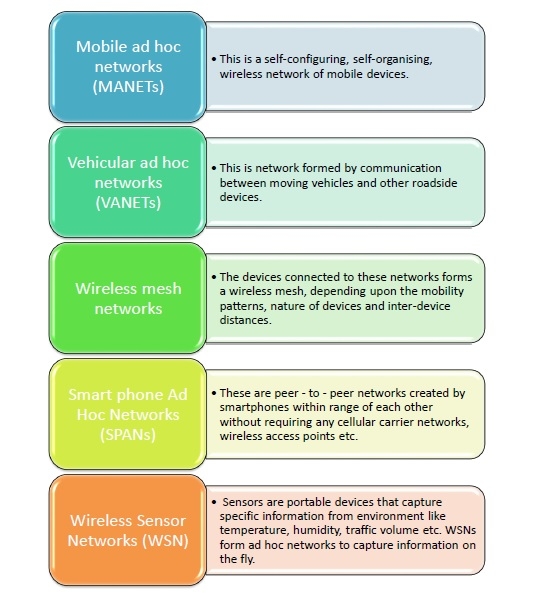