What are the schemes of Branch Detection?

A branch in a computer program is an instruction that communicates a device to start implementing several instructions instead of easily performing the instructions in order. In high-level languages, these are defined as flow control phases and are established into the language. The figure shows an overview of branch detection methods employed in microprocessors. 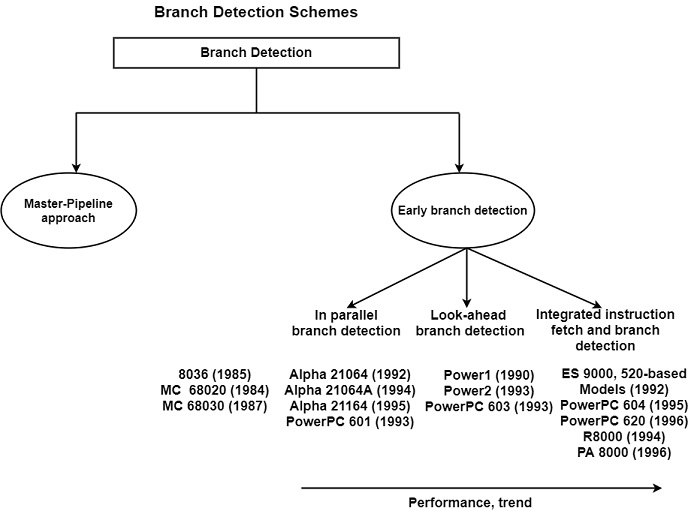 A kind of more advanced branch detection approach is to mark branches from the instruction buffer in parallel with the common instruction decoding as earlier, but additionally to look ahead into previous buffer entries. This scheme is known as lookahead branch detection.

The instruction fetching structure is continued such that it can identify whether the next instruction to be fetched is a branch or not. Each detected branch is guessed to be taken and rather than, or in also to, the next sequential instruction, the target address of the branch or even the target instruction is also fetched in advance.

In this scheme, ‘common’ decoding follows for conditional branches, and if the guess process wrong, a structure is started to accurate this. Some novel processors employ the integrated instruction fetch and branch detection scheme, such as high-end models of the IBM ES 9000 family of processors, the PowerPC 604/620, MIPS R8000 and R10000, and PA 8000.