What are the major new features in Arduino IDE 2.0?

The major new features in Arduino IDE 2.0 as compared to the previous versions are −

This was one of the main features putting Arduino at a disadvantage. Several other IDEs came with the autocomplete feature, which made writing code much faster. With the introduction of this feature, Arduino IDE will hopefully cover some lost ground

Though not yet supported by every board and platform, the introduction of this tool is a step in the right direction. It helps you introduce breakpoints and watch variables at runtime, helping the process of debugging.

Serial Monitor is no longer a popup

The Serial Monitor in Arduino IDE 2.0 appears as a separate tab at the bottom, besides the output, as opposed to a popup as in the previous versions.

The Arduino IDE 2.0 UI looks clean and user friendly. Some tweaks are made here and there,like grouping of boards in boards selection and so on. This IDE also comes with a side bar on the left, with popular options like Boards Manager, Library Manager, Debug Tool and so on. 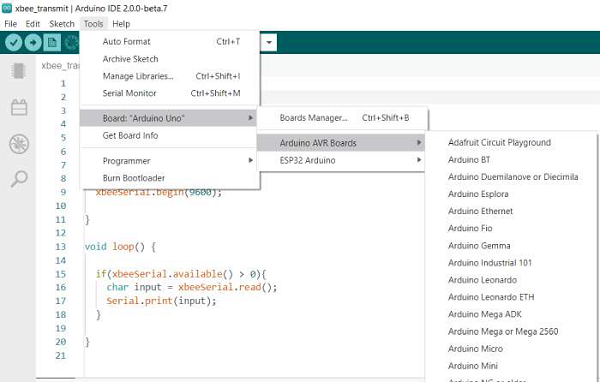 The Serial Plotter is surprisingly missing from Arduino IDE 2.0. We can hope that it is reintroduced in the future versions.