Token Bus (IEEE 802.4) is a standard for implementing token ring over the virtual ring in LANs. The physical media has a bus or a tree topology and uses coaxial cables. A virtual ring is created with the nodes/stations and the token is passed from one node to the next in a sequence along this virtual ring. Each node knows the address of its preceding station and its succeeding station. A station can only transmit data when it has the token. The working principle of the token bus is similar to Token Ring. 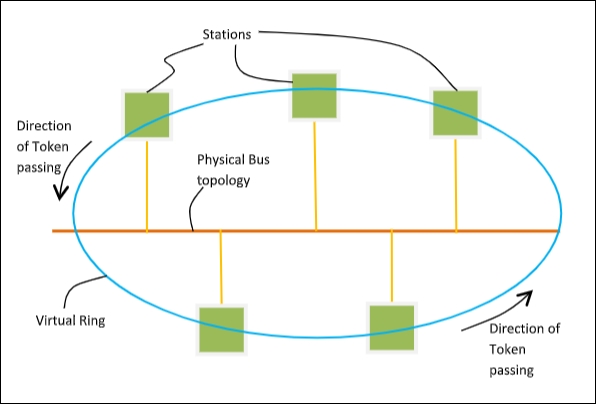 The frame format is given by the following diagram −

The fields of a token bus frame are −