What are the Token Ring Frame Formats in Computer Network?

There are three types of frame formats that are supported on a Token Ring network such as token, abort, and frame. The token format is the mechanism by which access to the ring is passed from one computer attached to the network to another device connected to the network.

Here, the token format consists of three bytes, of which the starting and ending delimiters are used to indicate the beginning and end of a token frame. The middle byte of a token frame is an access control byte. 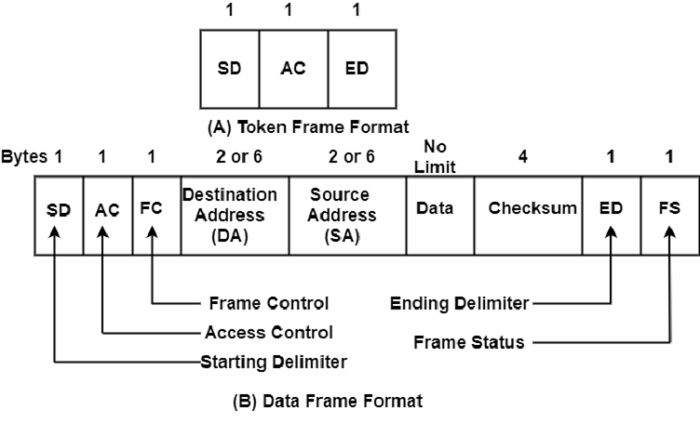 The components of the Token Ring Frame Format are as follows −