In a token ring, a special bit pattern, known as a token, circulates around the ring when all the stations are idle. Token Ring is formed by the nodes connected in ring format, as shown in the diagram below.

The principle used in the token ring network is that a token is circulating in the ring, and whichever node grabs that token will have the right to transmit the data.

Whenever a station wants to transmit a frame, it inverts a single bit of the 3-byte token, which instantaneously changes it into a normal data packet. As there is only one token, there can be only one transmission at a time.

Since the token rotates in the ring, it is guaranteed that every node gets the token within some specified time. So there is an upper bound on the time of waiting to grab the token so that starvation is avoided. There is also an upper limit of 250 on the number of nodes in the network.

The ring network is depicted in the figure given below − 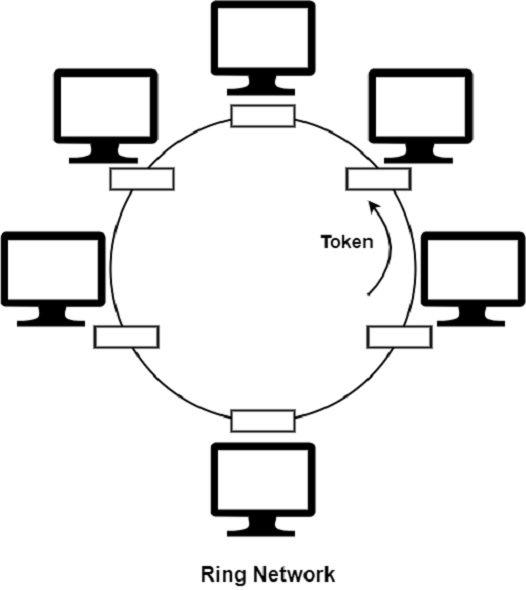 There are various modes of operations which are as follows −

The main problem with a ring network is that the network goes down when the ring cable breaks down or gets tempered. The solution to this problem is the use of a wire centre, as shown in the figure.

This wire center bypasses the terminals that have gone down from the ring. This is done by connecting the bypass relay for that station. These relays are generally controlled by the software that operates automatically in case of station failure. The use of a wire center improves the reliability and maintainability of the ring network. 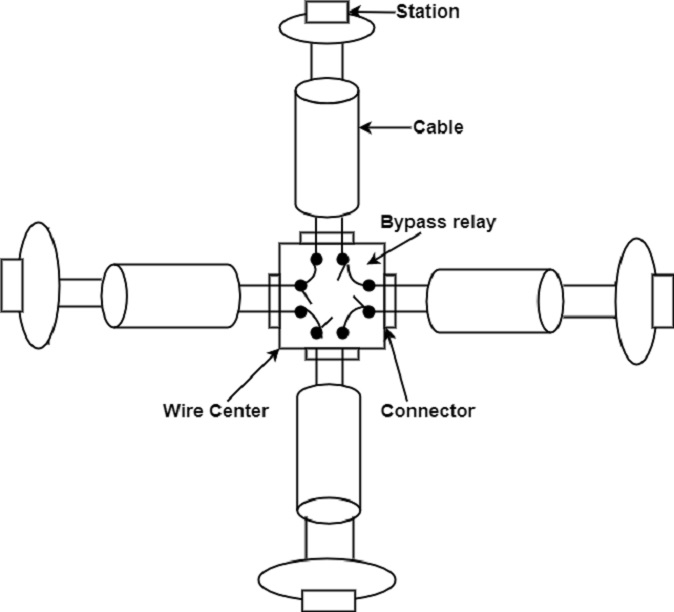 In IEEE 802.5, each station has a priority code. As a token circulates on the ring, any station which wants to transmit the frame may reserve the token by entering its priority code in the Access Control (AC) field of the token frame or data frame.

A station that is in possession of the token only can transmit his frames. It may transmit one or more data frames but before the expiry of Token Holding Time (THT). Typically, this time is 10 milliseconds. After the THT, the token frame must be handed over to some other station.