During a TAT session in Scottville, Michigan, some interesting observations were seen. The subject, a handsome fifteen-year old boy, was a very good student with outstanding performance in school and in sports.

It was reported by his teachers and parents however that he displayed a marked apathy towards other people’s feelings. He was neither very concerned with people around him being upset or sad. He would always appear indifferent in these situations.

The interesting observation was that he was the complete opposite when it came to himself. He was extremely emotional and touchy if someone even came close to passing a judgment on his skills, and threw tantrums around when someone else got better grades than him, or performed better in any activity. It was also seen that he was extremely degrading in his speech and used quite derogatory words with the ones he was upset on.

His parents were the ones to be most disturbed by his behavior as many people used to be immediately taken in by his good looks, charming behavior and social skills. Many of such people became friends with him, however none of these friendships would last for long. On his bad days, this boy would boss over them, abuse all of them in filthy language, and want them out of his life. 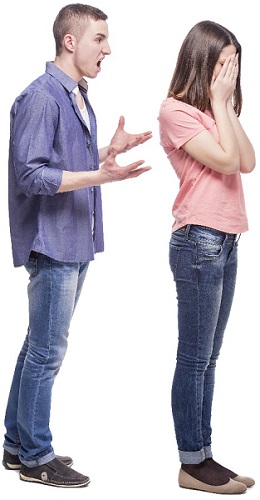 The doctors could immediately understand that this was a classic case of Narcissism Syndrome. The boy’s outbursts were the result of his over-exerting himself in studies and sports to be the absolute best in everything, however when he saw someone else getting better scores or grades, his frustration would come out and he would lose control over his temper. Needless to say, he didn’t have even a single close friend.

What the TAT Scores Revealed

The boy was given a set of images and it was asked of him to design a story around it. Initially, he approached it with a competitive streak and started using fanciful concepts to manufacture a story, obviously interested in impressing the doctor with his imagination powers.

However, after some early intervention during which it was made clear to him that the exercise is not evaluative in nature and doesn’t have any grades attached to it, he relaxed and started giving general responses as someone his age would.

The following observations were made −

Using such observation techniques, the examiners could notice that there were a lot of issues that the boy was facing within the family itself. On further inspection, it was clear that the father of the family used to equate making mistakes with being a loser, and although the father had never made any direct comment to the boy regarding this, his statements regarding people who made mistakes was always one of disappointment.

On many occasions, his father had expressed mild displeasure on his son coming second in a race or competition and had snidely remarked that a winner only knows the top position.

This mentality seeped into the mind of the boy from a very early age, and he couldn’t accept failure or anything below his expectations. With the help of these analytical methods, the boy was given proper guidance and anger management lessons. Today he is as competitive as ever, but concedes a better performance from someone else much more sportingly.