In satellite communication system, various operations take place. Among which, the main operations are orbit controlling, altitude of satellite, monitoring and controlling of other subsystems. 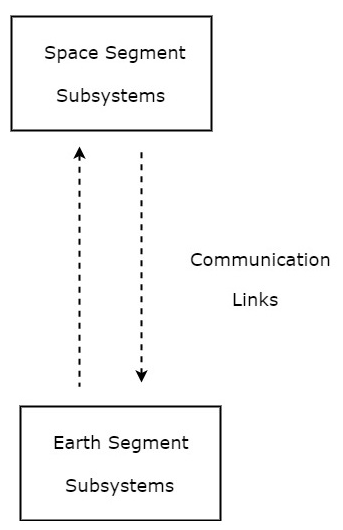 The subsystems present in the ground segment have the ability to access the satellite repeater in order to provide the communication between the users. Earth segment is also called as ground segment.

Earth segment performs mainly two functions. Those are transmission of a signal to the satellite and reception of signal from the satellite. Earth stations are the major subsystems that are present in earth segment.

We will discuss about all these subsystems of space segment and earth segment in following chapters.