So, based on the requirement we can place the satellite in a particular orbit. Now, let us discuss about the look angles.

The following two angles of earth station antenna combined together are called as look angles.

We can calculate the look angles of geostationary orbit by using longitude & latitude of earth station and position of satellite orbit.

The angle between local horizontal plane and the plane passing through earth station, satellite and center of earth is called as azimuth angle.

The formula for Azimuth angle ($\alpha$) is 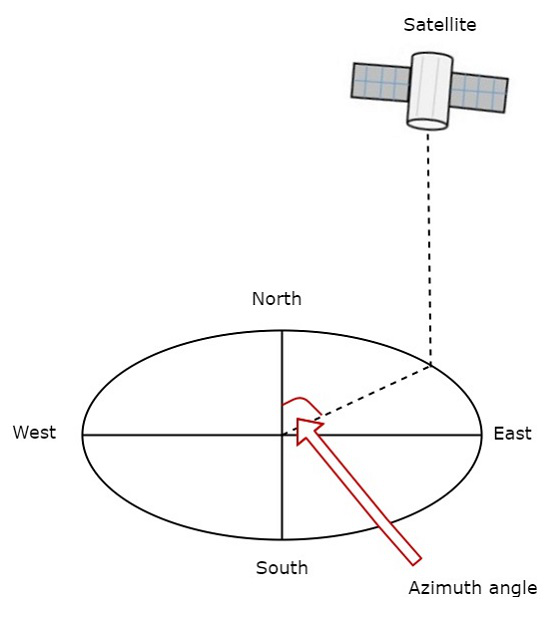 Measure the horizontal angle at earth station antenna to north pole as shown in figure. It represents azimuth angle. It is used to track the satellite horizontally.

The angle between vertical plane and line pointing to satellite is known as Elevation angle. Vertical plane is nothing but the plane, which is perpendicular to horizontal plane.

The formula for Elevation angle ($\beta$) is 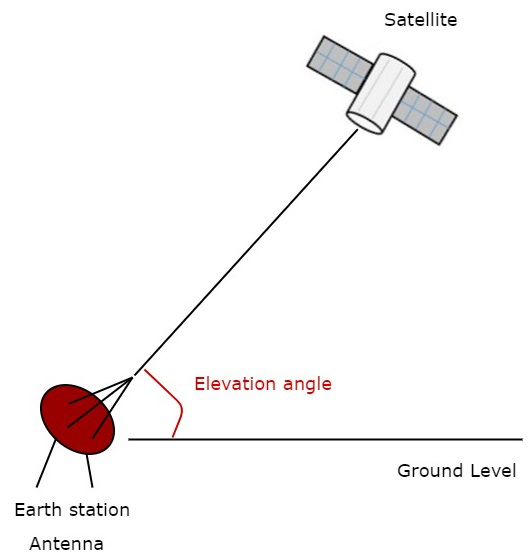 Measure the vertical angle at earth station antenna from ground to satellite as shown in the figure. It represents elevation angle.

Most satellites use a propulsion subsystem in order to maintain a proper spin axis direction and control the altitude of the satellite against perturbation forces.