In this chapter, let us discuss about Power systems from which various subsystems of satellite gets power and Antenna subsystems one by one.

We know that the satellite present in an orbit should be operated continuously during its life span. So, the satellite requires internal power in order to operate various electronic systems and communications payload that are present in it.

Power system is a vital subsystem, which provides the power required for working of a satellite. Mainly, the solar cells (or panels) and rechargeable batteries are used in these systems.

We know that individual solar cells generate very less power. So, in order to generate more power, group of cells that are present in an array form can be used.

In general, these batteries charge due to excess current, which is generated by solar cells in the presence of sun light.

Antennas are present in both satellite and earth station. Now, let us discuss about the satellite antennas.

Now, let us discuss about these antennas one by one. 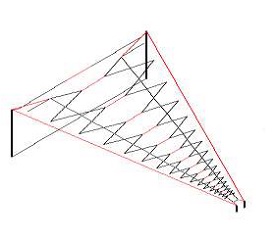 Wire antennas are the basic antennas. Mono pole and dipole antennas come under this category. These are used in very high frequencies in order to provide the communication for TTCM subsystem.

The length of the total wire, which is being used as a dipole, if equals half of the wave length (i.e., l = λ/2), such an antenna is called as half-wave dipole antenna. 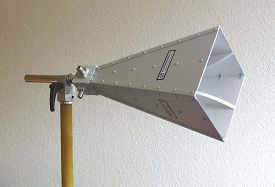 Horn antenna is an example of aperture antenna. It is used in satellites in order to cover more area on earth.

Horn antennas are used in microwave frequency range. The same feed horn can be used for both transmitting and receiving the signals. A device named duplexer, which separates these two signals.

An antenna when individually can radiate an amount of energy, in a particular direction, resulting in better transmission, how it would be if few more elements are added it, to produce more efficient output. It is exactly this idea, which lead to the invention of Array Antennas or Antenna arrays. Array antennas are used in satellites to form multiple beams from single aperture. 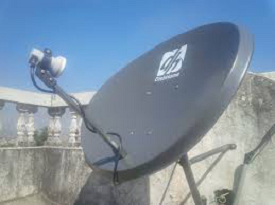 Reflector antennas are suitable for producing beams, which have more signal strength in one particular direction. That means, these are highly directional antennas. So, Parabolic reflectors increase the gain of antennas in satellite communication system. Hence, these are used in telecommunications and broadcasting.

If a Parabolic Reflector antenna is used for transmitting a signal, the signal from the feed, comes out of a dipole or a horn antenna, to focus the wave on to the parabola. It means that, the waves come out of the focal point and strikes the Paraboloidal reflector. This wave now gets reflected as collimated wave front.

If the same antenna is used as a receiver, the electromagnetic wave when hits the shape of the parabola, the wave gets reflected onto the feed point. The dipole or the horn antenna, which acts as the receiver antenna at its feed, receives this signal, to convert it into electric signal and forwards it to the receiver circuitry.