Routing within a Virtual - Circuit Network

Virtual – circuit network is a category of packet switching network, where a virtual path is established between the source and the destination systems for data communication to occur. This path appears to the user as if it is a dedicated physical path, but actually is a logical circuit allocated from a managed pool of circuit resources as per traffic requirements. The network resources forming parts of this path can be shared by other communications, however, is not visible to this user.

There are three phases of transmission by virtual circuits, set up, data transfer and teardown.

Example of Routing by a Virtual-Circuit Network

routed through this circuit. Each router maintains a separate entry in the routing table for each virtual circuit that it is a part of. 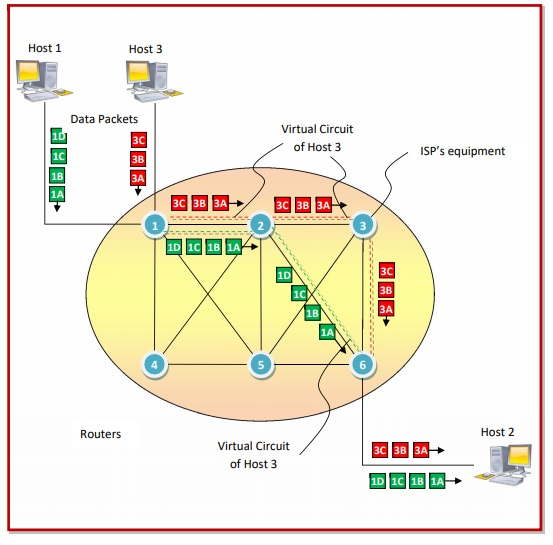