What is virtual circuit packet switching?

Packet Switched service transfers the data from source to destination. Data is transferred on a type of network in which small units of data called packets are transferred. Each packet contains a destination address within it, where it has to be received.

Voice call over the internet is a type of packet switching, where each end of the conversation is divided into small packets & is reassembled later into a complete message. Packets are made up of a header and a payload, header directs it to the destination & data in the payload is the actual data which is to be transferred.

The packet switching network is of two types −

The packet switching network is diagrammatically represented as follows − 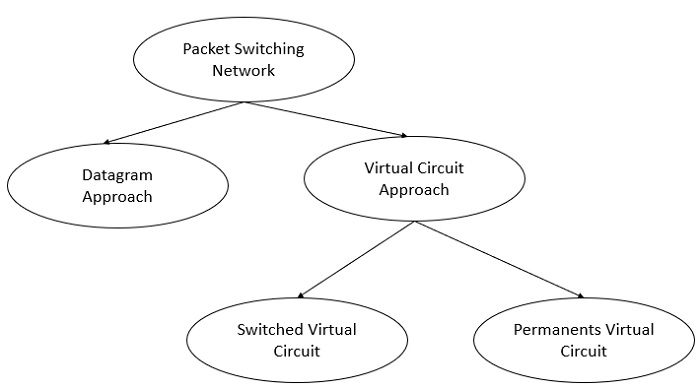 It is a connection-oriented service, where the first packet goes and reserves the resources for the subsequent packets. 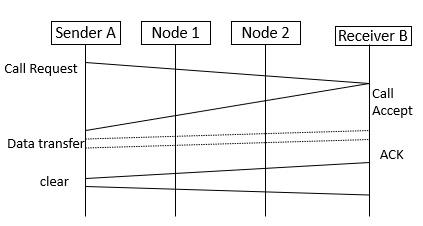 Step 1 − Sender A establishes a call request connection to connect with the receiver.

Step 2 − Receiver B establishes a call accepting connection to connect with sender.

Step 3 − Data will be transferred whenever the router is established.

Step 4 − Node 1 and Node 2 are intermediate nodes between sender and receiver, the data will be transferred by connecting two nodes virtually.

Step 5 − After transmitting the data, an ACK will be sent by the receiver by saying a message is received.

Step 6 − A clear signal will be sent if the user wants to terminate the connection.

The advantages of virtual circuit are as follows −

The disadvantages of virtual circuit are as follows −