A loop statement allows us to execute a statement or group of statements multiple times. The following illustration is the general form of a loop statement in most of the programming languages. 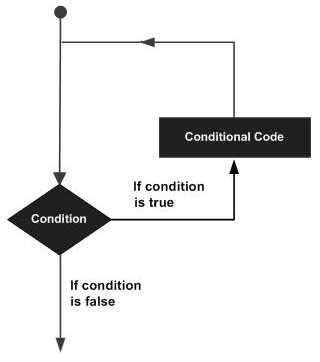 The do loops can be catered to carry out a controlled repetition of statements.

The general syntax of this sort of statement is as follows.

The difference in this statement is that there is an index which is used to control the number of times the loop is executed. Secondly, there are parameters which state the value which the index should start with, where it should end and what is the increment value.

Let’s check out the flow diagram of this loop − 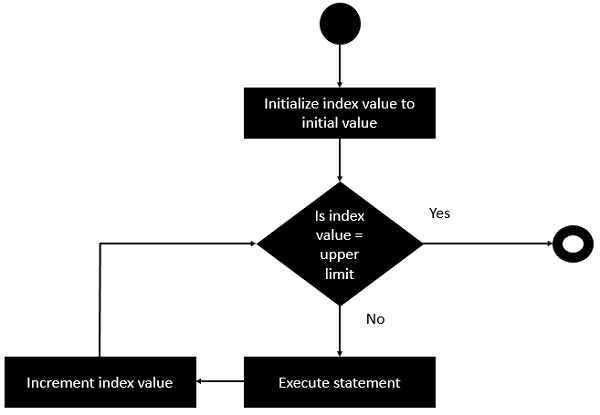 The following program is an example of the controlled repetition statement.

In the above program, the value of the count i is set to 0 first. Then it is incremented in counts of 2 till the value is not greater than 5.