The current flow and voltage level are reduced by a resistor within a circuit. In most of circuits, more than one resistor is found that helps in limiting the charge flow within a circuit. There are two simplest resistor combinations, namely Parallel and series. The combination of these two resistors is very important as the overall flow of charge is integrally connected to this.

Importance of a combination circuit

A combination circuit is an important component for a series and parallel resistors. A resistor is known as an ohmic device in which V = IR (Hope et al. 2019). In a situation in which more than one resistor is connected with each other and finally is connected to a battery, the current supplying method and percentage are dependent on the resistance quantity of the circuit (de Badyn & Mesbahi, 2020). The individual value of the resistors and the connecting methods play an important role in determining the equivalent resistance of a particular resistance. 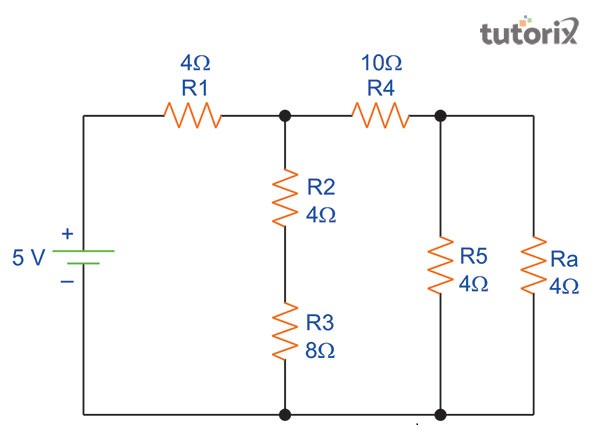 A proper circuit is generally composed of different conductors such as switch, power source, resistors, load, and wire conductors. In a circuit, the starting point and the ending point are the same. Like the conductor in a circuit, copper wires are used. The system of a switch is always available that helps in making as well as breaking the connection within a circuit. Being a passive element, a resistor only consumes power without generating power (Tsukushi, Ono & Wada, 2020). Electrical energy is generally consumed in a circuit and this is finally converted into other significant forms of energy such as heat, light, and so on. As an example load, fan, and light are important.

In some circuits, the same amount of current flows with the help of significant resistors. This type of current flow is seen within a circuit and is named a series circuit. In a series circuit, the voltage, associated with each significant resistor is different in nature (Morais et al. 2020). In this type of connection, in case of a fault and breakage of a resistor, the whole circuit system is closed and turned off. In comparison to a parallel circuit, the design and composition of a series resistor are simple in nature.

Figure 2: Resistors, connected in a series 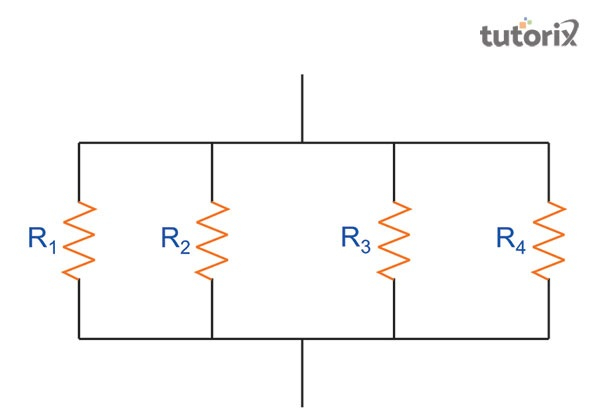 The value of parallel resistors can be calculated by following a simple formula.

By following this formula, the total value of resistance in electrical service can be presented.

Identifying the significant branches of parallel and series resistors is important to know about the roles of every circuit. Equivalent resistors are also to be identified before changing the value of any particular resistor (Quynh et al. 2019). Resistive bridge networks also play an important role in this matter. Voltage Law and the current law by Kirchhoff are two important parts that can help a user in dealing with resistors (Islam et al. 2020). According to Kirchoff, the current summation remains zero at a point of joint. 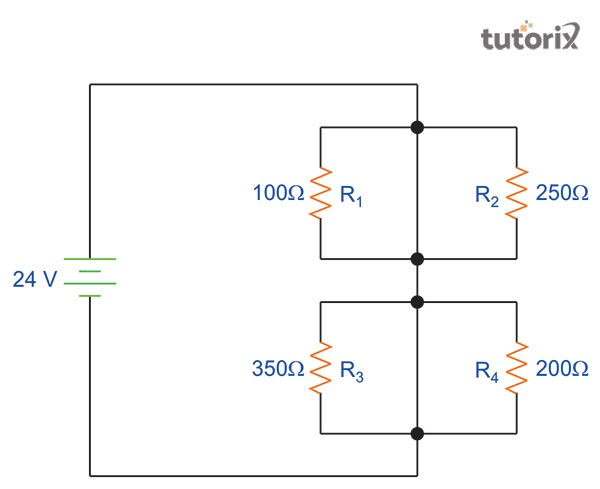 The electromotive force’s sum and the voltage are found to drop within a closed circuit and also remain zero. According to KCL (Kirchoff’s Current Law), all kinds of incoming currents are positive in nature. Every kind of outgoing current is negative in nature. Based on Kirchoff’s Voltage Law, the sum of every voltage is equal to the available voltage around a particular loop. In a closed network, the voltage drops and remains zero.

In almost every electrical circuit, various kinds of components are integrally connected. In both series and parallel manner, the resistive networks are developed. Production of a more critical and complex network of resistance is dependent on different loops. Such kinds of circuits are known as circuits with a fixed resistor. Resistors are found not to exist in any kind of isolation. A larger circuit with various resistors, connected with different electrical combinations is an important requirement for such a combination.

Q1. What is the name of Kirchoff’s law’s property?

Ans. Kirchoff’s property is also known as conservation of energy. The sum of every voltage in every loop within a parallel or series resistor is equal to zero.

Q2. What is the formula with which the total resistance in a series combination can be measured?

Ans. Calculation of the total resistance in a series combination is done by the formula $\mathrm{R_{total} = R_1+R_2+...+R_n.}$ In this formula, N is the indicator with which the total number of resistors is presented.

Q3. What is the main usage of resistors within a circuit?

Ans. Resistors play an important role in controlling current flow within a circuit. This passive device is an important part of an electrical device.

Q4. What are the most important components of a circuit?

Ans. Resiostrs, switches, wire conductors, load, and power sources are the most important components of a circuit. These components complete a useful and properly usable circuit.