There are two broad classifications of wind turbines −

Let’s discuss these two types of wind turbines in a little detail. 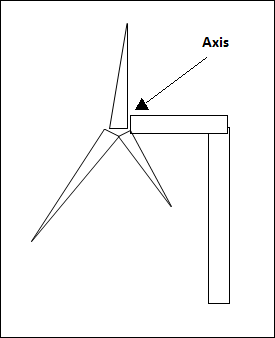 These are windmill-like turbines with the top of the shaft pointing towards the wind direction. Since they have to be pointed towards the wind, smaller turbines are directed by wind vanes mounted on the structure. Larger turbines have wind sensors with servo to turn the turbines.

They are also fitted with gear-boxes to accelerate the slow rotation to make it strong enough for the generator turbines. The blades are stiff enough to avoid breaking or bending due to the turning moment of the wind.

This type is mounted on a tower; hence they experience high velocity winds. They are slightly bent to reduce the sweep area. A lower sweep area reduces resistance, which may cause fatigue and failure. 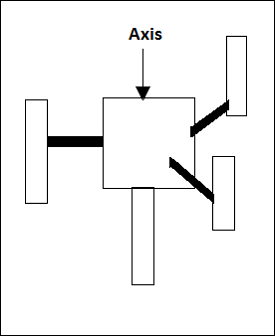 The main root is mounted on the vertical shaft. This eliminates the difficulties associated with horizontal wind turbines. The subtypes include −

This is also known as the egg-beater turbine and resembles a huge egg beater. It is efficient but may have more down times and hence less reliable. To improve on solidity (blade area over rotor area) three or more blades should be used.

These types have a greater reliability than Darius turbines. The problem is that they cannot be mounted on top of towers. Therefore, they are exposed to turbulent and irregular wind patterns. Since they are drag-type of turbines they are less efficient compared to the HAWT. The advantage is that they are able to withstand extreme turbulence.

Most VAWT cannot self-start and require external energy to give them a jolt. For optimal performance, VAWTs should be mounted on roof-tops. The roof channels the wind into the blades.