The principle is to use heat energy through heating of water to steam. Geothermal energy utilizes high temperatures below the earth’s crust. The hot steam or water heats a fluid that in turn expands to turn turbines that generate electricity. 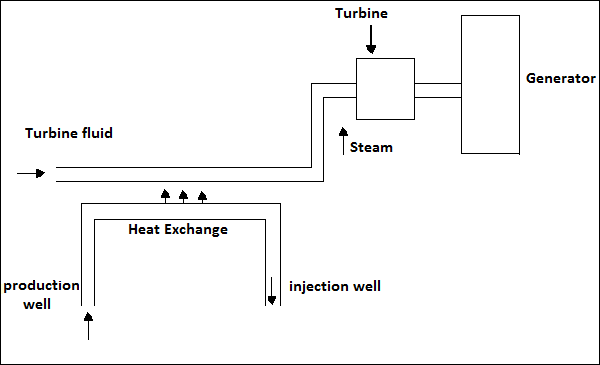 There are three forms that are utilized. They are as follows −

Basically, dry steam stations utilize the steam that flows out of geo-deposits to heat a secondary fluid that turns turbines to generate electricity. The steam emerges at a temperature of up to 150 degrees, hot enough to expand the fluid in the geothermal plant. This is one of the oldest techniques of geothermal electricity. The expansion of the secondary fluid produces mechanical energy needed for turning the turbines to generate electricity.