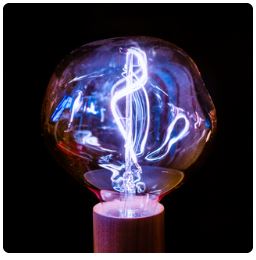 The organic material is converted into usable form known as bio-energy. The materials used in the process of energy production are termed as feedstock.

To better understand biomass, we will explore the various sources first.

Biomass production refers to the increase in the amount of organic matter. It is the addition of organic matter in a given area or population. Biomass is considered renewable energy because it is replenished as plants and animals grow.

There are two forms of production −

Though biomass could be measured as mass of organisms living and dead in a given environment, production is harder to estimate. It can only be estimated as the increase in volume though part of the additional biomass may have been replaced through natural processes.

Direct combustion for heat is the oldest method of biomass conversion to energy since the earliest civilizations. Thermochemical conversion (combustion) could be achieved in a number of ways using varied feedstock.

Biomass based generators use diesel derived from vegetable oils to fuel diesel generators. The generators burn the organic diesel to produce energy to produce electricity.

Apart from stand-alone combustion, biomass could be blended with other fossil fuels and burnt to generate energy. This is called co-firing.

The various types of combustion are −

Pyrolysis is another form of processing bio-fuels by burning under very high temperatures without oxygen, which could cause complete combustion. This causes irreversible physical and chemical changes. The absence of oxidation or halogenations processes results in a very dense bio-fuel that could be used in combustion, co-combustion or converted to gas.

Bio-oil has a number of advantages. It is easier to transport, burn, and store. Many kinds of feedstock can be processed through pyrolysis to produce bio-oil.

The diagram given below explains the process in converting energy in to a usable form from bio-fuels through Pyrolysis. 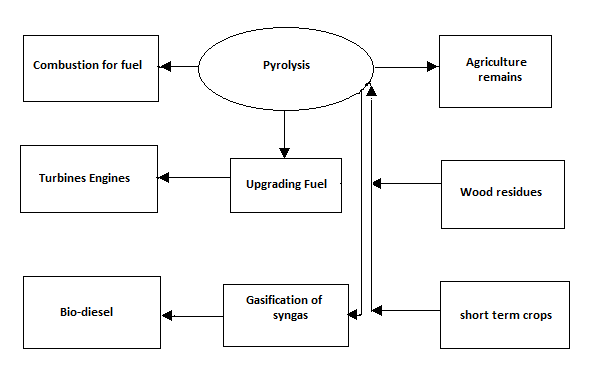 Sugarcane is the main feedstock for this process especially in dry environments. Corn or sugar bits are used in temperate areas.

The products have the following applications −

Anaerobic digestion is the biological process by which organic matter is broken down to produce biogas in the absence of Oxygen. Microorganisms such as Acidogenetic bacteria and acetogens convert the biodegradable matter to biogas. Apart from being a source of energy, it is also a waste deposition method and environmental conservation technique.

The step-by-step process is explained below −