How internet use is affecting computer illiterates?

The term computer illiterate once was a self-depreciating term that was used by many who were from generations that grew up without computers. What began, as a joking term many seniors used to make fun of themselves is now becoming a term that is actually researched and discussed in political circles. With the spread of the Internet, it is becoming more of a necessity than a luxury to have some basic computer skills. However, Internet usage for computer illiterates is something that many major corporations as well as politicians are trying to combat.

Influence of Internet on computer illiterates −

In today’s fast-paced world that revolves around e-commerce it is surprising to some that there are still people who do not know how to do their holiday shopping online. It seems so prehistoric that people send checks out every month to pay their bills. The use of online bill paying has become so common, I signed up for a new checking account the other day with a new bank only to learn they do not even issue you a checkbook. If I need a check written, the bank will write each check out for me. That is how rare it is becoming. 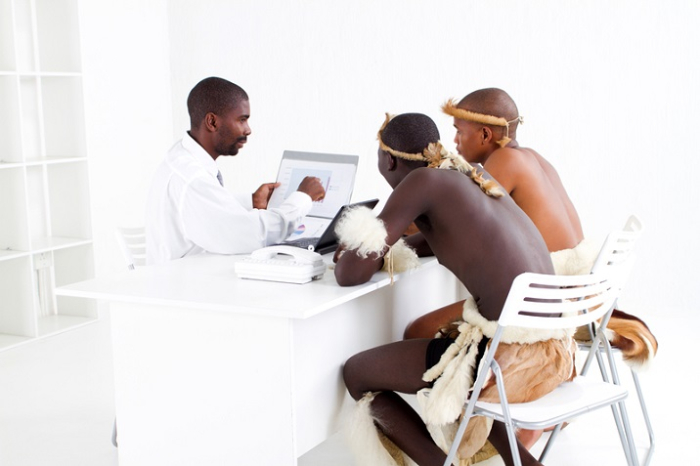 For those who have grown up with a computer their entire life, things like shopping online are as second nature as tying a shoe. However, for those who still use flip phones because they do not like touch screens, the thought of getting a virus or being scammed online is enough to keep them away. For those who have resisted the temptation to dive headfirst into the World Wide Web, they have seen their world and options continually shrinking. As more companies are utilizing the Internet for everything possible, it is increasingly difficult to actually be able to live life by interacting with people. Companies are closing call centers. Instead opting to out source email responses to customers, job applicants can’t walk into a store and pick up an application because you can only apply by going to the company website. Even those who are computer illiterate are required to utilize the Internet for everyday life.

What is computer illiterate?

When you talk about Internet usage for computer illiterates, there is a wide range of opinions regarding what the term computer illiterate means. In 2008, Senator John McCain made light of his lack of computer skills during his presidential campaign. He stated that being computer illiterate meant you could not use the Internet or send emails. Several times, he stated he could not navigate to governmental websites on his own. Instead, he had to have members of his staff load the page for him so he could view it. While his lack of computer skills was mentioned during the campaign, six years ago it was not the issue it is today. Many people would not even consider voting in support of a presidential candidate who failed to grasp the basics of the Internet. It would be like failing to understand free markets or health care. A President does not need to be an expert, but he has to at least understand something that affects our economy and everyday lives as much as the Web.

Parameters to determining a person as a computer illiterate

Most people can navigate to a webpage, or type in a basic search query into the search bar. However, does that make you competent in terms of your ability to utilize the Internet? Many would say this does not. With a basic search of the Internet using just the search bar, you will come up with numerous pages that mock individuals who feel they are computer or Internet savvy, but really only have a very basic knowledge base of how to use the tools. Everything from cartoons to blog posts by people who obviously know more than I do about computers. Does that make me computer illiterate? I do not think so. I think it is more like the difference between being able to read Shakespeare and Stephen King. Just because your reading level is not as advanced as some does not make you illiterate. Same thing with computer skills.

In order to consider yourself computer literate, I believe you have to know how to do more than just search the web. Understanding the basics about things like viruses and malware is imperative too. Understanding the signs and symptoms of an infected computer and what to do is a basic skill everyone should have. Just like a basic understanding of networking is a must. Understanding terms like IP, addresses and connectivity can save countless headaches without a lot of research.

How life will become more difficult for computer illiterates.

As the Internet spreads into our everyday, lives giving the ability to do things we never thought possible like attending traffic school online or ordering a pizza, it becomes more difficult to avoid the Internet. As time passes some of the options will no longer be options. It will simply be how it is done, by utilizing the Internet. Those who resist learning are only going to be in for a more difficult time.

There are many resources available to help those who feel overwhelmed. While you have things like “Internet for Dummies” most of us do not want to read 300 plus pages about it, even if it is easy to understand. Many major companies and even several small companies offer free online tutorials to assist you in learning computer and Internet basics. These tutorials are interactive and easy to understand. Depending on what you are learning, most take just a few minutes and allow you to repeat parts you do not understand. While many of these tutorials target senior citizens, you do not need to be retired to benefit from them. So now, there is no excuse for not getting an email address.