In this chapter, we will understand the lifecycle of Grav. Grav Lifecycle determines how Grav processes in order to extend the Grav via Plugins. The following diagram shows the flow of Grav lifecycle process. 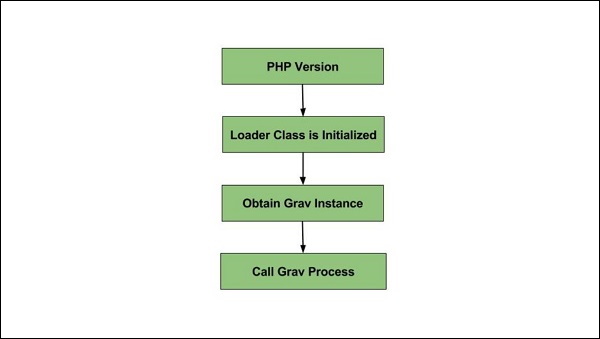 The following four steps from the Grav lifecycle −

It checks the version of PHP to make sure that we are running the PHP version above 5.4.0.

In the second step, the class loader gets initialized.

When the content() method is called on page, then the following lifecycle occurs.