Eye tracking is an important point of discussion among the modern milestones of technology. But they are thought more to be a costly fantasy than just being a joystick of modern gaming world. However, some recent developments in the domain have opened the doors to an abundance of possibilities.

Eye tracking has varied and vivid utility options. It can be used to collect the nonverbal communication clues given away by the eyes to form constructive mechanical, electronic and computing movements. This can be enormously helpful in creating newer technologies applied to a wide variety of scientific and general human activities.

To learn about some exciting uses of eye-tracking technology, read on.

What is Eye Tracking? 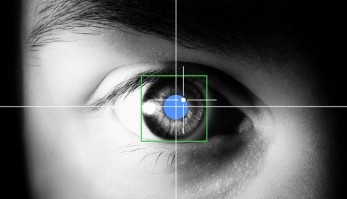 Eye tracking is a process of locating the point of a person’s gaze electronically. Eye-tracking also considers following and recording the movement of the point of gaze. There are many technologies which help in the process. Some methods include eye-attachments, while others use the images of the eye that are recorded without any contact with the eyes.

In methods that use an attachment to the eyes, a special lens or film can be affixed to the cornea. This may then be used for using precise position sensors to follow the physical movements of the eye. For example, a tiny mirror or an electromechanical transducer that is embedded in the attachment can use light beams or electromagnetic fields to detect and follow the eye’s orientation and changes in gaze positions. These modern devices are enough sensitive and accurate if no slip on the surface of the eye occurs.

The position and movement of the gaze can be detected remotely, and this does not need any attachments to the cornea. Such a process is preferable because it is non-invasive and portable. In this method, a microprojector projects an infrared beam of light at the eye, and the reflection patterns are recorded by the sensors. The cornea or the retina may reflect infrared beam, and this can be used to detect and sense the eye movement.

Applications of eye tracking are numerous and varied. For example, in web design and marketing studies, eye trackers are already in use. They are generally used to study the impact of the design of a website or advertising campaigns. 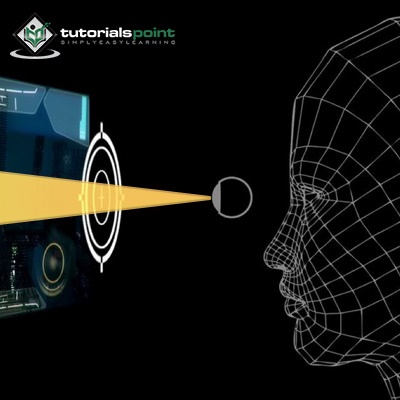 For completely paralyzed people or those who cannot use their arms, eye tracking lets operate a computer or speech synthesizer: eye-based attachments can be used to let them move a mouse cursor and create sentences using only their eyes.

There are more adventurous and futuristic-sounding applications too. For example, there are appliances that listen to your commands with a gaze, such as making lamps, hi-fi system or your television “on” and “off”. Other examples include automatic scrolling at the bottom of a web page of text, or automatic pausing of a movie when you don’t look on the screen etc.

It has been noticed that industry and research have used the eye tracking technology for a considerable period of time, but now, the technology is coming to the reach of general public. Tobii – the company that offered pizza ordering by mind control– has produced a remote eye tracker, the Tobii EyeX ($139) which encourages games developers to use eye tracking. The lab-based eye trackers are usually priced around $20,000.

SMI, the other prominent eye-tracking using company has announced a partnership with Sony to produce ultra modern PlayStation 4s.

One of the most benefitted and potentially very promising fields for eye-tracking technology is in the domain of video games. For example, in “3-D shooter” style of games, eye tracking can be used to substitute the mouse.

Another application f eye-gazing technology lies in the interaction with game characters. Video game characters can react to the player’s gaze like a human using eye-tracking. The eyes can be a very potential source of nonverbal communication. Applying human-like reactions in virtual characters could mean a whole new chapter in the gaming industry.

Beyond games, smart glasses are also a very hot subject where eye-tracking is playing an influential role. Many people think that Google Glass tracks the eyes, but it doesn’t. However, the smart glasses can utilize eye tracking capabilities. This could add additional methods of communicating with the head-up display projected onto the glasses, adding automatic scrolling by making the wearer’s hands free.

The Oculus Rift virtual reality headset has an eye tracking upgrade. When users already wear something, why not add an eye tracker too and enhance the engagement?

Eye tracking can be a tool to implement huge and meaningful changes to lots of human activities. Since, eyes are very sensitive and accurate human organs, their efficiency and accuracy can be used to design ultra modern scientific applications. The field of eye tracking has already gained traction. The promises made by eye tracking are something that is going to engage scientists and technology enthusiasts alike until we achieve a breakthrough.

Here are some other current or potential applications:

Eye tracking will be an important domain to consider in the near future, and the enthusiasm and promises it brings to the table are indisputable. Eyes have always been a very important and useful organ of the human body. The time to use them more constructively and in a manner that exceeds the current ideas has definitely arrived. We can expect to see a lot happening in the eye-tracking technology domain within a very short span of time; that too in front of our eyes.