Cloud Testing- Beginning of a New Era of Possibilities

Isn’t it costly to buy mobile devices each time a new version comes up, to test your mobile applications? Off course, it is certainly a costly affair to keep acquiring those mobile devices physically as the new versions and operating systems are kept on releasing in regular intervals.But you cannot just stop purchasing the devices and restricts your testing to a certain limits, which surely gives your competitors an advantage to have a better functioning application than yours. 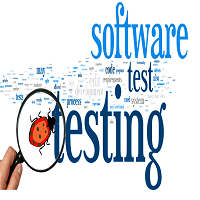 Let’s discuss some of the benefits of cloud testing –

Ready to go test environment − You will get an all equipped environment to test your applications. No need to setup and install the software, hardware and the required servers, which is certainly a time-consuming affair for the tester. Just need to choose the required test environment and start your testing without wasting any time. So it reduces the time to launch the product in the market.

Cost Saving − It saves huge expenditures on infrastructures as it doesn’t require having in-house setups. No need to maintain the servers and updating them on a regular basis to match with the technologies which are upgrading day by day. Also, you need not spend additional expenses on license renewals. Thus by opting cloud testing, your organizations can save huge costs.

Quality Testing − You can perform the testing on a wide range of devices of various configurations based on the requirements. Your application can be tested on multiple operating systems and browsers to ensure the compatibility of the application with various available technologies in the market. Thus, it will enhance the quality as well as customer satisfactions.

Real-time network Testing − By using the cloud, you can choose a host server located in different countries to test a real-time network performance issues without physically going to that place. You just need to connect the device with the host machine of that place and use the local network carrier to check the performance or network issues of your application.

Security is the major concern for the users while using the cloud service for their testing activities. So, scrutinize carefully the privacy policy and other legal standards of the service providers. You should be aware, where they store the data and code, and what are the legal standards they follow with different governments and demo-graphical regions. There are some cloud-based service providers who allow you to run the test within your company’s security firewall without venturing out. One of such provider is SeeTest Cloud. It offers you to test your application within your company’s firewall.

Performance issues can be observed at times while testing your application on cloud. As the resources are shared among many users, so some delays can be expected sometime. Also, you need to be aware and keep some buffer time for the server maintenance kind of activities while chalk out your plan.

If your test cases are not suitable to run on the cloud environment, then you may need to modify those cases and scripts accordingly. So, migration of test scripts to the cloud may increase cost to the project.

Now-a-days, Agile methodology is the talk of the town, most of the projects are adopting this concept to run their business. The basic principle of agile is to deliver the working software to the customer in persistent intervals, instead of taking longer duration for the complete product to deliver, which was the concept of traditional waterfall model. The project team needs to complete their assigned works within a short span of time.

As the scope of testing keeps on increasing to cover a wider range of technologies, the pressure is built on testing side to increase the test coverage. That’s where the cloud testing helps the tester to use the latest technologies available on cloud for testing the application. 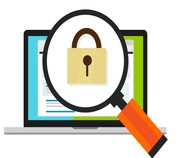 Recently, Microsoft Research center announced a cloud-based service called “Project Spring Field”. Developers can use this tool to find out the security of critical bugs in their software. This is the same “White box Fuzzing “technology which Microsoft used to discover many hhigh-valuesecurity-critical bugs in Windows 7 development, which they called “Million Dollar Bugs”. This tool currently supports windows programs only, but it will include Linux in near future. It doesn’t require source code, only works on binaries. It runs on Microsoft’s cloud service – Azure.

Some of the leading cloud-based mobile applications testing tools are as follows:

App Thwack − It supports the Android, iOS and web applications to test on actual devices. It is a cloud-based simulator, compatible with automation tools like Robotium, Calabash, and UI Automation etc.

There are many such tools available in the market to choose upon. So, carefully choose the best one which suits your requirement to empowers the tester.