Before we define pixel resolution, it is necessary to define a pixel.

We have already defined a pixel in our tutorial of concept of pixel, in which we define a pixel as the smallest element of an image. We also defined that a pixel can store a value proportional to the light intensity at that particular location.

Now since we have defined a pixel, we are going to define what is resolution.

In pixel resolution, the term resolution refers to the total number of count of pixels in an digital image. For example. If an image has M rows and N columns, then its resolution can be defined as M X N.

We can calculate mega pixels of a camera using pixel resolution.

The size of an image can be defined by its pixel resolution.

Calculating the mega pixels of the camera

Another important concept with the pixel resolution is aspect ratio.

Aspect ratio is the ratio between width of an image and the height of an image. It is commonly explained as two numbers separated by a colon (8:9). This ratio differs in different images, and in different screens. The common aspect ratios are:

Aspect ratio maintains a balance between the appearance of an image on the screen, means it maintains a ratio between horizontal and vertical pixels. It does not let the image to get distorted when aspect ratio is increased.

This is a sample image, which has 100 rows and 100 columns. If we wish to make is smaller, and the condition is that the quality remains the same or in other way the image does not get distorted, here how it happens.

Changing the rows and columns by maintain the aspect ratio in MS Paint. 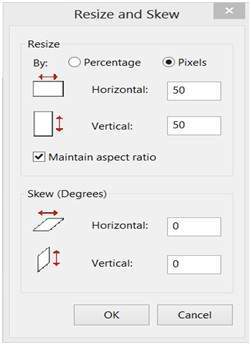 Smaller image, but with same balance.

You have probably seen aspect ratios in the video players, where you can adjust the video according to your screen resolution.

Finding the dimensions of the image from aspect ratio:

Aspect ratio tells us many things. With the aspect ratio, you can calculate the dimensions of the image along with the size of the image.

If you are given an image with aspect ratio of 6:2 of an image of pixel resolution of 480000 pixels given the image is an gray scale image.

And you are asked to calculate two things. 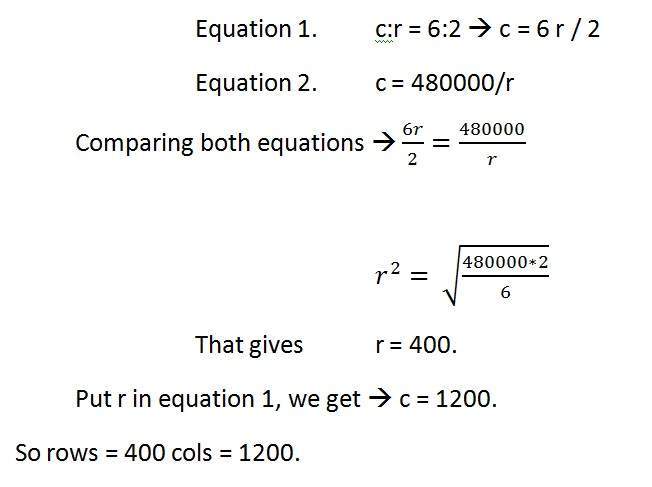