Describe with the help of a diagram, how compressions and rarefactions are produced in the air near a source of the sound. 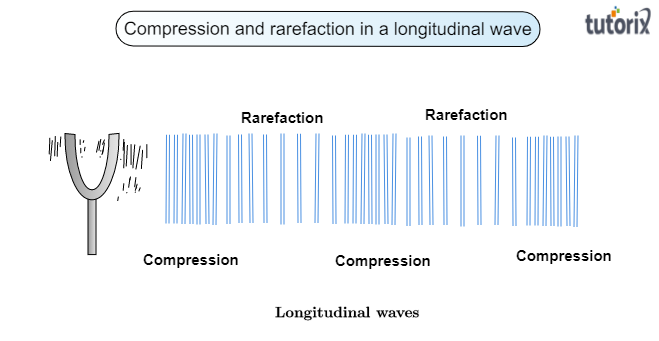