Waterfall chart is one of the most popular visualization tools used in small and large businesses, especially in Finance. Waterfall charts are ideal for showing how you have arrived at a net value such as net income, by breaking down the cumulative effect of positive and negative contributions.

What is a Waterfall Chart?

A Waterfall chart is a form of data visualization that helps in understanding the cumulative effect of sequentially introduced positive or negative values. A typical Waterfall chart is used to show how an initial value is increased and decreased by a series of intermediate values, leading to a final value.

In a Waterfall chart, the columns are color coded so that you can quickly tell positive from negative numbers. The initial and the final value columns start on the horizontal axis, while the intermediate values are floating columns. 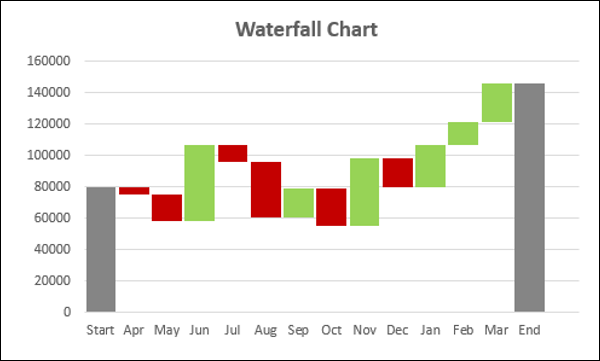 A Waterfall chart has the following advantages −

You need to prepare the data from the given input data, so that it can be portrayed as a Waterfall chart. 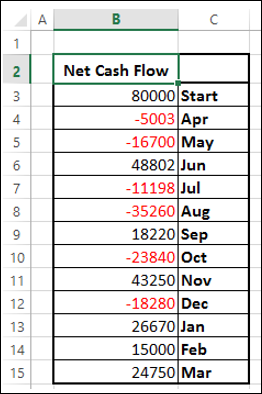 Prepare the data for the Waterfall chart as follows − 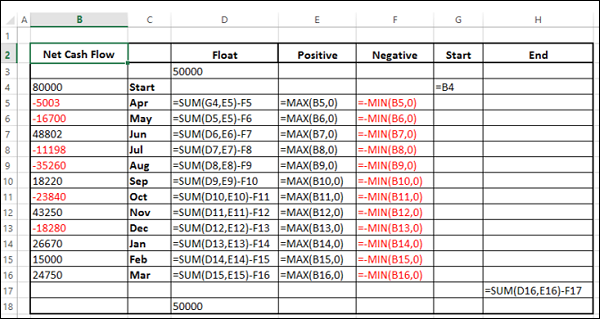 In the Float column, insert a row in the beginning and at the end. Place an arbitrary value 50000. This is just to have some space to the left and right sides of the chart.

The data will look as given in the following table − 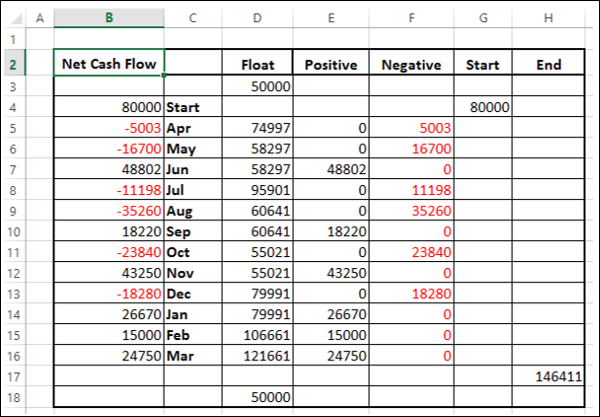 The data is ready to create a Waterfall chart. 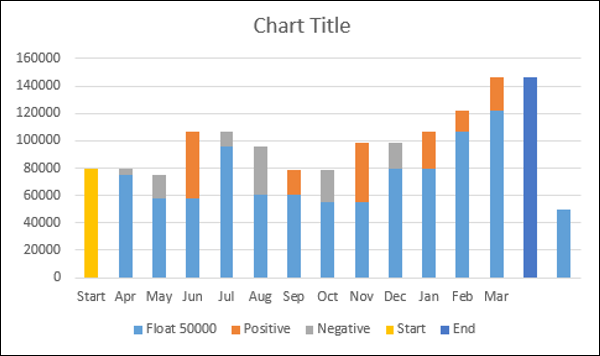 Step 5 − Select No fill for FILL in the SERIES OPTIONS in the Format Data Series pane. 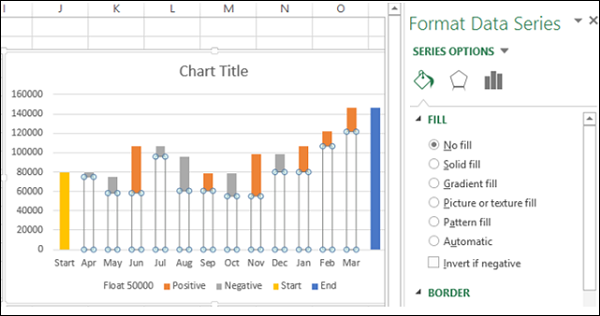 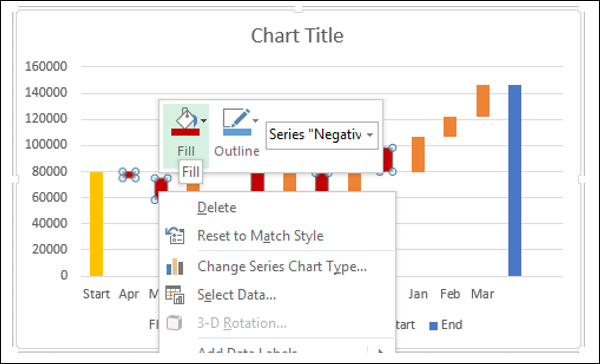 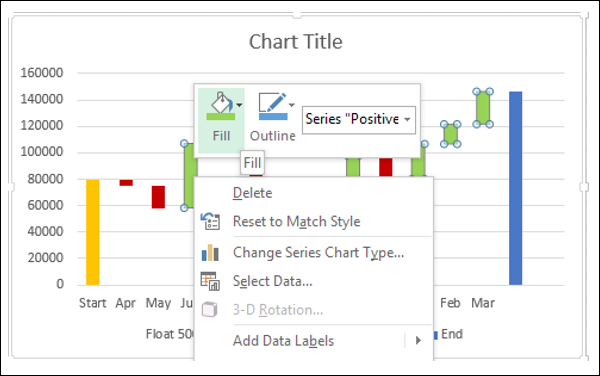 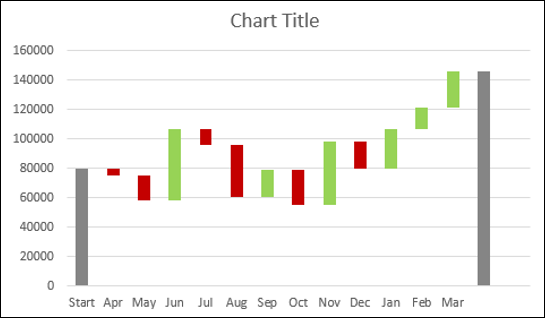 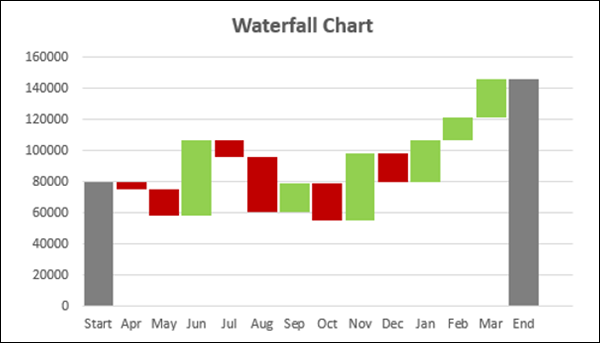 Your Waterfall chart is ready.