Step chart is useful if you have to display the data that changes at irregular intervals and remains constant between the changes. For example, Step chart can be used to show the price changes of commodities, changes in tax rates, changes in interest rates, etc.

What is a Step Chart? 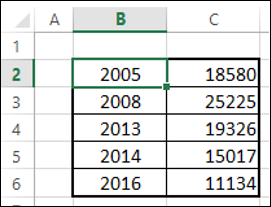 As you can observe, the data changes are occurring at irregular intervals.

A Step chart looks as shown below. 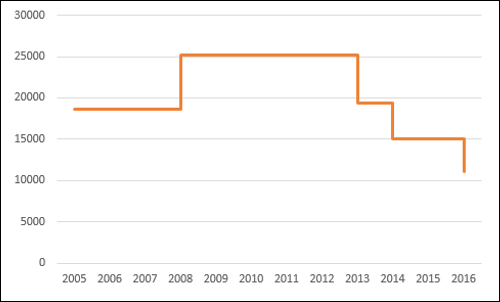 If you had displayed the same data with a Line chart, it would be like as shown below. 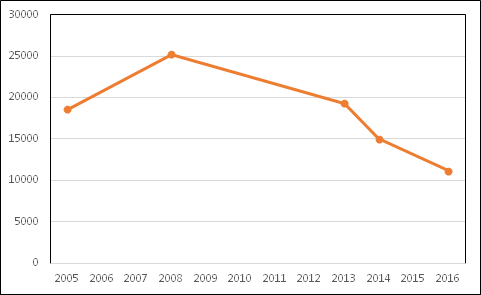 Step charts are useful to portray any type of data that has an innate nature of data changes at irregular intervals of time. Examples include the following − 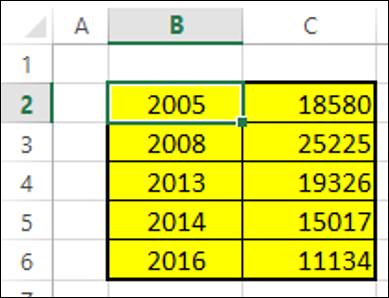 Step 1 − Select the data. Copy and paste the data below the last row of the data. 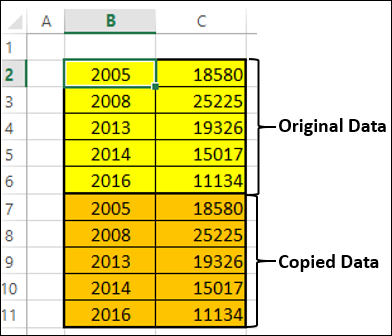 Step 2 − Copy and paste the entire data on the right side of the data. The data looks as given below. 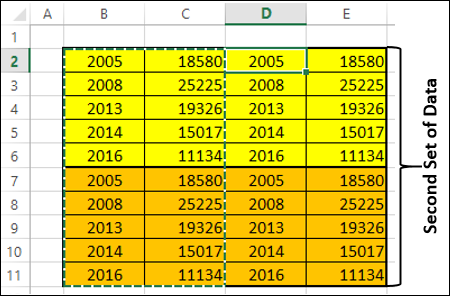 Step 3 − Delete the cells highlighted in red that are depicted in the table of second set of data given below. 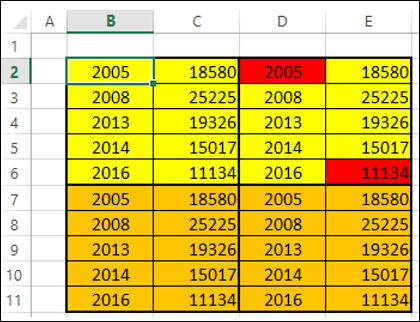 Step 4 − Shift the cells up while deleting. The second set of data looks as given below. 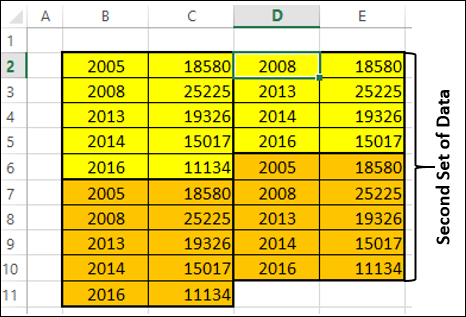 Step 5 − Copy the second set of data and paste it to the right side of it to get the third set of data.

Step 6 − Select the third set of data. Sort it from the smallest to the largest values. 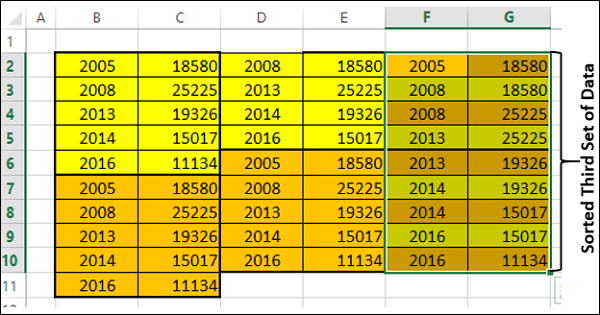 You need to use this sorted third set of data to create the Step chart.

Follow the steps given below to create a step chart −

Step 1 − Select the third set of data and insert a Line chart.

Step 2 − Format the chart as follows − 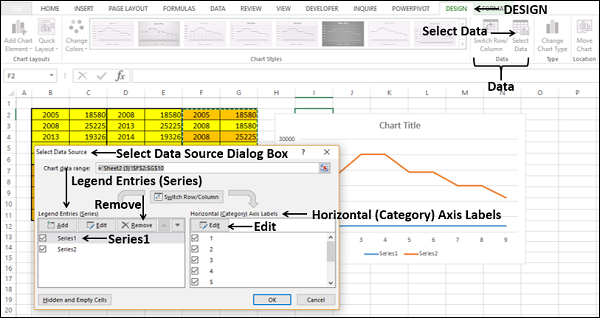 Step 3 − Select the cells F2:F10 under the Axis labels range and click OK. 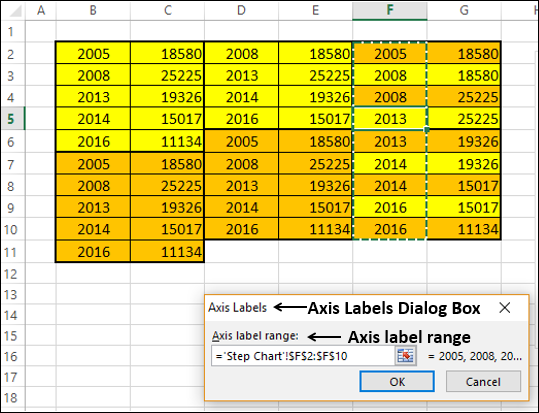 Step 4 − Click OK in the Select Data Source dialog box. Your chart will look as shown below. 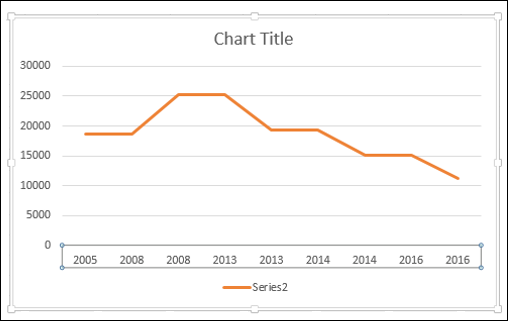 Step 5 − As you can observe, some values (Years) in the Horizontal (Category) Axis are missing. To insert the values, follow the steps given below. 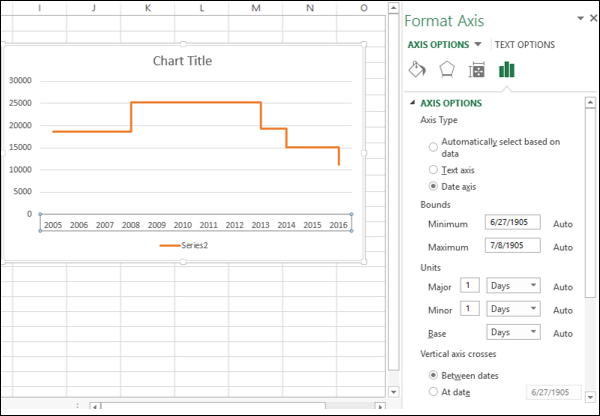 As you can see, the Horizontal (Category) Axis now contains even the missing Years in the Category values. Further, until a change occurs, the line is horizontal. When there is a change, its magnitude is depicted by the height of the vertical line.

Step 6 − Deselect the Chart Title and Legend in Chart Elements.

Your Step chart is ready.