The overall WebRTC architecture has a great level of complexity. 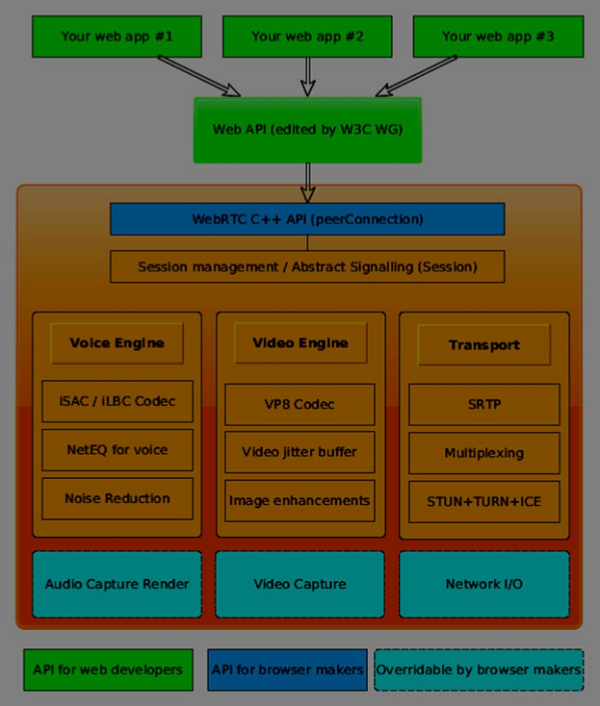 Transport components allow establishing connections across various types of networks while voice and video engines are frameworks responsible for transferring audio and video streams from a sound card and camera to the network. For Web developers, the most important part is WebRTC API.

If we look at the WebRTC architecture from the client-server side we can see that one of the most commonly used models is inspired by the SIP(Session Initiation Protocol) Trapezoid. 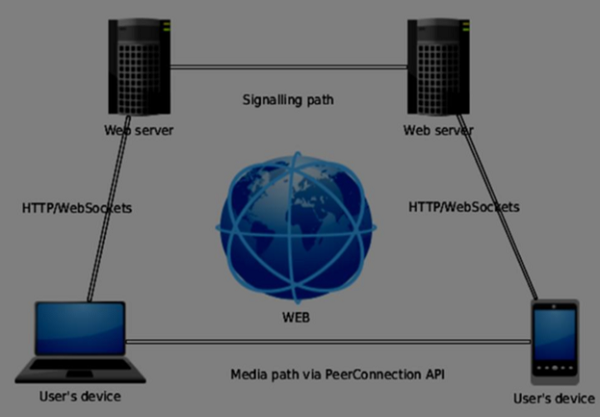 In this model, both devices are running a web application from different servers. The RTCPeerConnection object configures streams so they could connect to each other, peer-to-peer. This signaling is done via HTTP or WebSockets.

But the most commonly used model is Triangle − 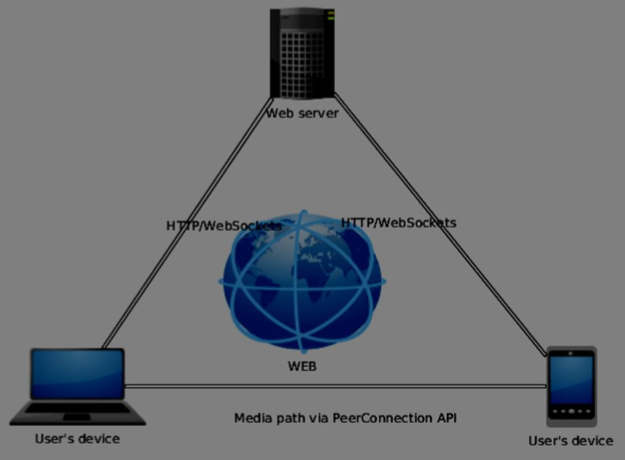 In this model both devices use the same web application. It gives web developer more flexibility when managing user connections.

It consists of a few main javascript objects −

This object is the main entry point to the WebRTC API. It helps us connect to peers, initialize connections and attach media streams. It also manages a UDP connection with another user.

The main task of the RTCPeerConnection object is to setup and create a peer connection. We can easily hook keys points of the connection because this object fires a set of events when they appear. These events give you access to the configuration of our connection − 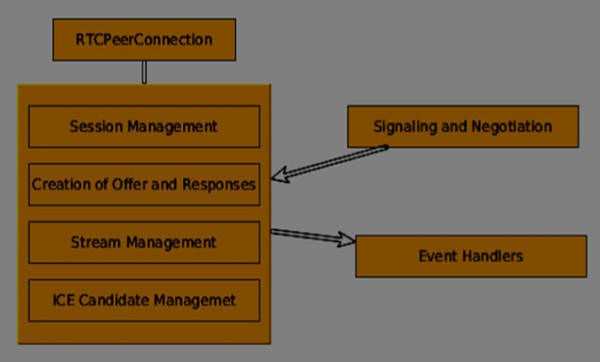 The RTCPeerConnection is a simple javascript object, which you can simply create this way −

The RTCPeerConnection object accepts a conf parameter, which we will cover later in these tutorials. The onaddstream event is fired when the remote user adds a video or audio stream to their peer connection.

Modern browsers give a developer access to the getUserMedia API, also known as the MediaStream API. There are three key points of functionality −

To test this API let's create a simple HTML page. It will show a single <video> element, ask the user's permission to use the camera and show a live stream from the camera on the page. Create an index.html file and add −

Then add a client.js file −

Now open the index.html and you should see the video stream displaying your face.

But be careful, because WebRTC works only on the server side. If you simply open this page with the browser it won't work. You need to host these files on the Apache or Node servers, or which one you prefer.

As well as sending media streams between peers, you may also send additional data using DataChannel API. This API is as simple as MediaStream API. The main job is to create a channel coming from an existing RTCPeerConnection object −

This is all you needed, just two lines of code. Everything else is done on the browser's internal layer. You can create a channel at any peer connection until the RTCPeerConnectionobject is closed.

You should now have a firm grasp of the WebRTC architecture. We also covered MediaStream, RTCPeerConnection, and RTCDataChannel APIs. The WebRTC API is a moving target, so always keep up with the latest specifications.