How to Play Speedway?

The race begins with four riders racing over four laps from a starting point. Each of them wears helmets of different colors. Generally, in team events, red and blue stands for home team riders, white and yellow/black stands for visiting riders. The starting area is divided into 4 equal parts/grids.

The riders from each team must take their position in their respective grid. Here the colors also denote the starting position in individual events. Red starts from gate 1, blue from gate 2, white from gate 3 and yellow/black from gate 4. The riders should be willing to get their bikes on their own without any outside help. 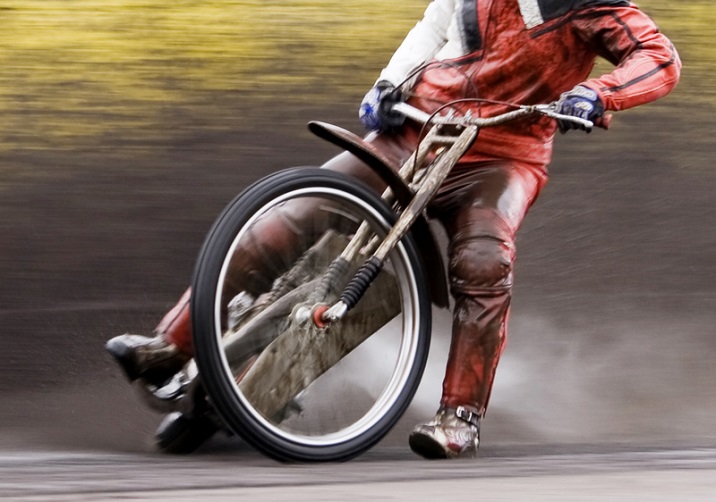 In any case, if a rider fails to comply, it is considered as a false start and the rider is penalised for it. The race begins by raising the start tape monitored by the match referee and the riders must proceed around the track in anticlockwise direction without both wheels illegally leaving the track boundaries.

A new rider should always take care of the following things.

The rear wheel should be in the centre or back from the centre in its slot in order to adjust traction. If the wheel is set forward, it results in poor handling but the rider gets more traction. In order to make turns easier, the wheel has to be set right back but this results in more spin.

It is a condition where the rear wheel is too far out. This cannot be rectified by suddenly by closing the throttle. In this situation, it is better to push the bike down on its left side unless it is on the ground instead of going over the top or going around nearly 180 degrees and being thrown backwards.

This is one of the most difficult situation one encounters. In this case, the rider needs to rush up in the inside but if the space is too small, cross the machine up to scrub off some speed and then simply follow that rider unless one can make an easy pass.

Making an Outside Pass

If a rider is about to make overtake a slow rider while exiting from a turn, he should make sure that he does not get squeezed into the fence. This situation can be avoided either by easing up on the throttle if there is time or to cross up the machine more before the front wheel enters the gap between the slow rider’s rear wheel and the fence, which will scrub off a little speed to avoid collision.

Once the rider is confident about having full control, get the body weight as far back as conditions permit. Then try to get the wheels as straight as possible while heading for the exit of the turn so that the maximum amount of traction is obtained during throttle opening.

Laying the bike down