Let us consider a scenario that we have to travel from place A to place B and there are multiple routes available between place A and place B, but we have to find the shortest path and neglect all the paths that are less considered in terms of its time complexity in order to reach the destination.

Let us understand with an example- 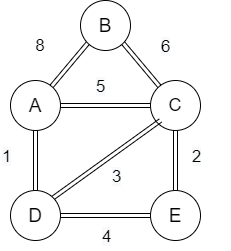