Who is a Difficult Employee?

As the preferences of people vary, the definition of a difficult employee will vary from person to person too. However, on a general scale − a difficult person is someone who has extreme personality traits which makes them very difficult to work with others, especially when they are in a team environment.

Each person is unique, and even when you have a responsible and emotionally mature co-worker in your team, there's bound to be some initial incompatibility, simply because others might not have the same working speeds and styles. For instance, while the job of a manager is to control and regulate the working of his team, being a control-freak manager would make the employees feel stifled. This will lead to a claustrophobic workplace where everybody's creativity will be limited by the decisions and preferences of the manager. The ideal manager would consult the co-workers and take their inputs while taking any major company decisions.

On the other end of the spectrum, asking for feedback, assistance and instructions are considered good working styles when done in moderation, but when an employee consults with his co-workers and seniors so much that it almost becomes impossible for him to work on his own judgment, he becomes a difficult employee. 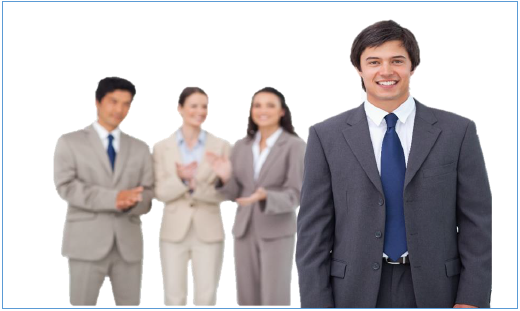 When teaming up with someone who shows signs of bearing a difficult personality, most people try to cut corners and avoid the responsibility of trying to get them at par with others, attitude-wise. Managers start avoiding team-members who exhibit a dominant personality, and start reprimanding the overtly dependent ones.

This leads to a vicious cycle of blame-game where good talent is lost out over ego and indifference. The task of managers, in situations like this, is to motivate people with different backgrounds, styles of working and personalities to have a common vision. They can achieve that by having a frank discussion with each one of them on a one-to-one basis, and then making all sit together to get issues sorted out. However, dealing with people in this collected manner calls for practicing civility.

Managers need to understand that when they are working with a team of intelligent people, each of them will also try to contribute with his/her own ideas, which will make conflicts in the workplace inevitable. Even when all agree to an idea unequivocally, the fact remains that every person is different and it will be rare for two people to agree on everything. In such situations, collaboration – and not competition – is the way out. A manager in this situation needs to aim for an integrative approach – a solution to the problem that incorporates the good parts of every member’s ideas while discarding the parts that won’t work. This will give the employees the moral boost that some part of their plan is going to be implemented, resulting in a You win, I win scenario.