With increasing work pressure, approaching deadlines, and stressful client meetings, it is not uncommon for employees to exhibit aggressive behavior at workplace. We have listed here a few real-life examples to understand the causes of aggression and its grave consequences.

The Case of Patrick Sherrill

It was the fateful morning of August 20, 1986, when the clock ticked 7 o’clock, and in walked into his office Mr Patrick Henry Sherrill, the 44-year-old mail carrier from Edmond, Oklahoma. He was in his uniform when he showed up at the post office.

Without having a word with anyone, he sealed off the exits, took out three loaded pistols and opened fire randomly at anyone who was unfortunate enough to cross his path. In just 15 minutes, he shot 20 employees, killing 14 and gravely wounding 6. When the cops arrived, Sherrill turned the gun on himself.

Patrick Sherill had been badly reprimanded by two supervisors the previous morning because of his constantly misdirecting mails and being a poor performer. Of the 14 employees he killed, one was his supervisor.

The Case of Nidal Malik

On November 5, 2009, Nidal Malik Hasan who was a U.S. Army major and psychiatrist, shot and killed 13 people while injuring more than 30 others at the US military base located at Fort Hood, near Killeen, Texas. This was the worst act of massacre at any American military base so far.

The United States Department of Defense provided evidence that Hasan had been radicalized by a foreign terrorist organization before the attack and his actions were motivated by the same terror group who had poisoned his mind against his seniors.

The Case of David Burke

On December 7, 1987, Burke booked a flight at Los Angeles International Airport for Pacific Southwest Airlines Flight 1771 to San Francisco. Burke had managed to smuggle a .44 Magnum onto the plane and shortly after the plane took off, he started pumping bullets into the flight attendants, pilots, and crew members, killing all of them.

Flight 1771 crashed into a hillside in San Luis Obispo County, killing all the 43 people on board. Inside an airsickness bag recovered at the crash site, Burke had left a message to someone named Raymond Thompson which read: “I asked for some leniency for my family, remember. Well, I got none. And you’ll get none.”

David Burke was a ticket agent with US Airways until he was fired by his supervisor, Raymond Thompson for theft. Burke pleaded with his supervisor to grant him leniency, if only for the sake of his family, but his supervisor refused to give him another chance.

Many of you would strongly condemn these examples of repulsive behavior that led to the deaths of all these innocent people. Such extreme acts of violence undoubtedly have no place in a civilized society. However, if you were to look closely, you would notice that the stimulus of these unusually bloody actions were rooted in some very commonplace incidents. As a matter of fact, by the time you are done reading this sentence, millions of employees would have got reprimanded by their bosses, millions would have heard others bad-mouthing their supervisors, and millions would have been fired from their jobs.

Given the sheer numbers of such cases happening around us on a daily basis, that too in environments that are not so dissimilar to the ones involving Hasan, Burke, and Sherill − is it just some miracle that such homicidal incidents are not more frequent and bigger in numbers? 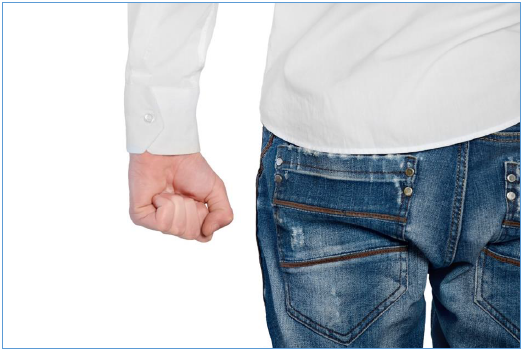 Are we to believe that our working class is a ticking bomb waiting to explode and we should count ourselves lucky that we haven’t seen the worst side of it yet? That would be a very dangerous thought to entertain, as that would mean when we step inside our workplace, we are all under a potential risk of life and limb.

In a world that is run by large corporations and government institutions, there will always be a huge volume of employees who will have to report to their supervisors and will be held accountable while delivering under crushing deadlines. It’s unrealistic to expect that similar cases of firing employees, reprimanding them or influencing them won’t happen. Or maybe those extreme reactions are the results of uncivil behavior and derogatory actions directed at them in their workplace.