Since the beginning of IEEE 802.11 standard, the wireless networks were evolving at a significant pace. People saw the potential in this type of data transmission, therefore 802.11 successors were showing up, few years after each other. The following table summarizes the current 802.11 standards that are used in our times −

As you can see, Wi-Fi networks are becoming faster and faster. Following are a couple of limiting factors why we don't see high speeds when we download data over Wi-Fi −

Let us see how you can check what standards are supported on the Wi-Fi network that you are joined to? You can check that using the number of approaches. I will present two of them here −

By sniffing for the wireless beacon frames 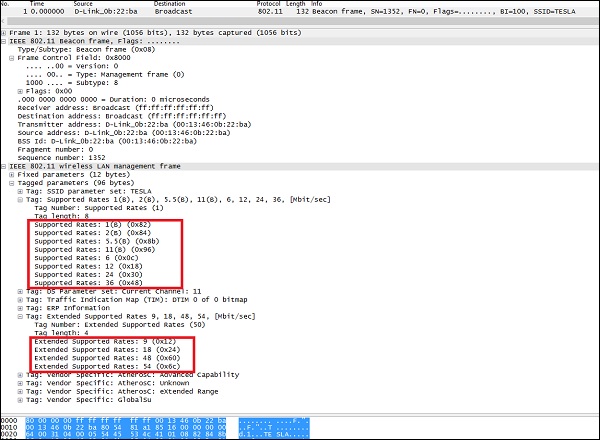 By using some specific tools for wireless network discovery.

The following screenshot shows the dump from a wireless-based tool called "inSSIDer" that is running on Mac. It directly shows all the visible wireless networks, together with some of the details about every one of them. 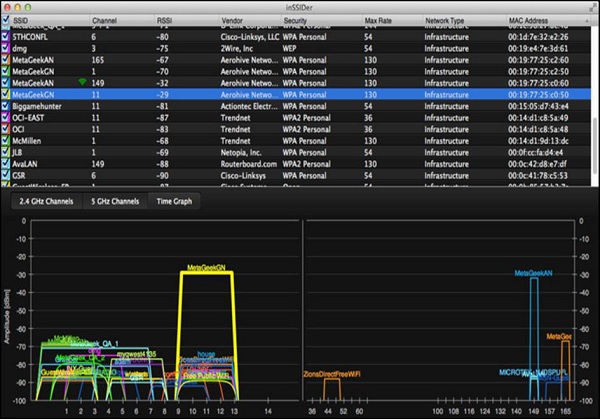 On the other hand, you can also use popular Linux-based program called "airdump-ng" (we will go deeper into this one later on, during showcase of hacking - breaking the keys of the Wi-Fi network). As for the Windows environment, you may use popular the "Network Stumbler". All those tools work in a very similar way with each other. 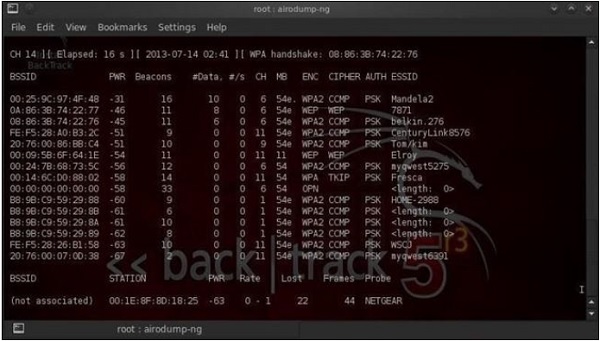