Access Point (AP) is the central node in 802.11 wireless implementations. It is the interface between wired and wireless network, that all the wireless clients associate to and exchange data with.

For a home environment, most often you have a router, a switch, and an AP embedded in one box, making it really usable for this purpose.

Base Transceiver Station (BTS) is the equivalent of an Access Point from 802.11 world, but used by mobile operators to provide a signal coverage, ex. 3G, GSM etc... 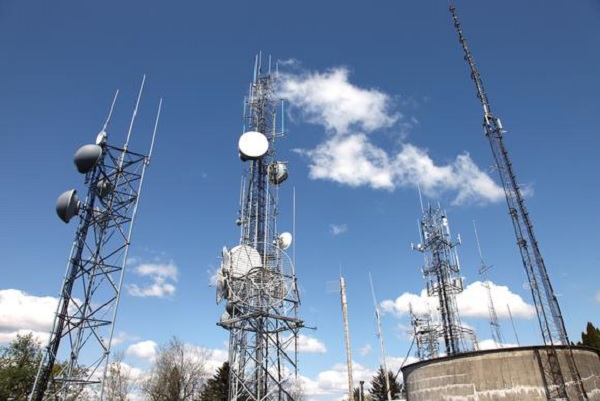 Note − The content of this tutorial concentrates on the 802.11 wireless networking, therefore any additional information about BTS, and mobile communication in more detail, would not be included.

In corporate wireless implementation, the number of Access Points is often counted in hundreds or thousands of units. It would not be administratively possible to manage all the AP's and their configuration (channel assignments, optimal output power, roaming configuration, creation of SSID on each and every AP, etc.) separately.

This is the situation, where the concept of wireless controller comes into play. It is the "Mastermind" behind all the wireless network operation. This centralized server which has the IP connectivity to all the AP's on the network making it easy to manage all of them globally from the single management platform, push configuration templates, monitor users from all the AP's in real time and so on. 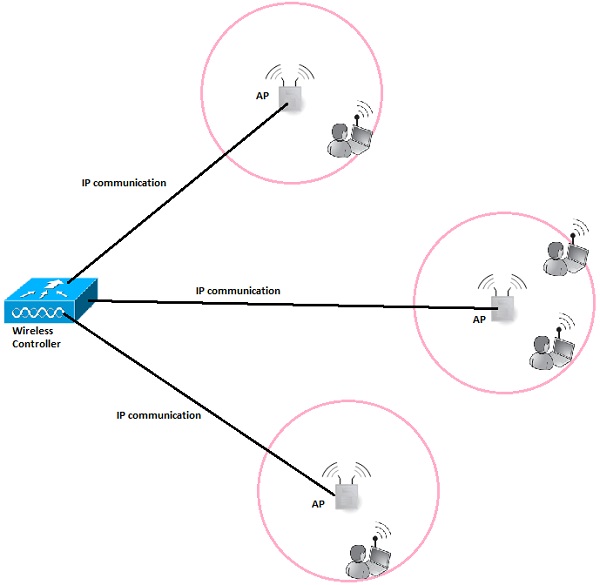 SSID directly identifies the wireless WLAN itself. In order to connect to Wireless LAN, the wireless client needs to send the same exact SSID in the association frame as the SSID name, preconfigured on the AP. So the question now arises how to find out which SSIDs are present in your environment? That is easy as all the operating systems come with a built-in wireless client that scans wireless spectrum for the wireless networks to join (as shows below). I am sure you have done this process several times in your daily routine. 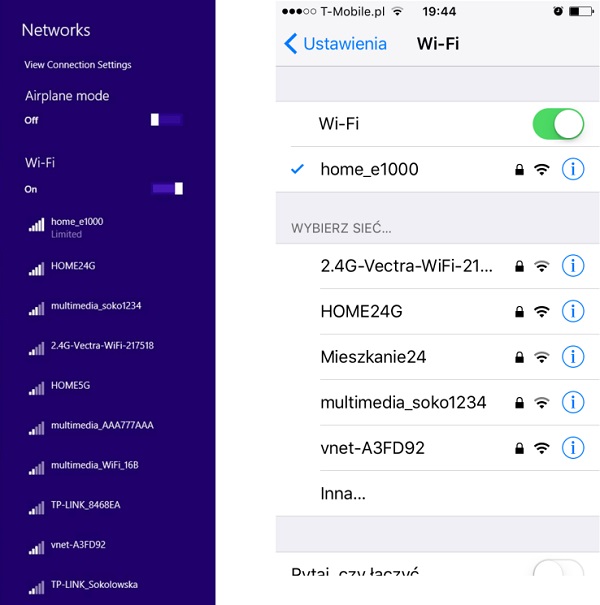 But, how those devices know that specific wireless network is named in that particular way just by listening to radio magnetic waves? It is because one of the fields in a beacon frame (that APs transmit all the time in very short time intervals) contains a name of the SSID always in clear text, which is the whole theory about this. 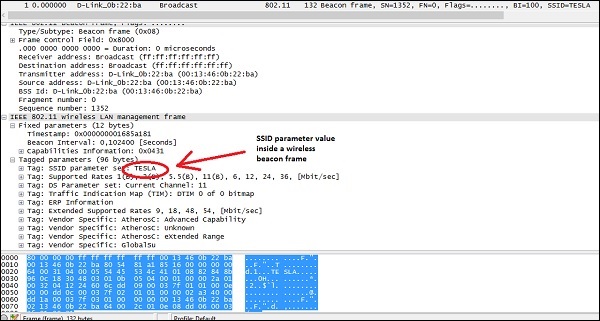 SSID can have a length of up to 32 alphanumeric characters and uniquely identifies a particular WLAN broadcasted by the AP. In case, when the AP has multiple SSIDs defined, it will then send a separate beacon frame for each SSID.

A cell is basically a geographical region covered by the AP's or BTS's antenna (transmitter). In the following image, a cell is marked with a yellow line. Most often, an AP has much more output power, when compared it with the capabilities of the antenna built-in into the client device. The fact that, the client can receive frames transmitted from the AP, does not mean that a 2-way communication can be established. The above picture perfectly shows that situation. - In both situations, a client can hear AP's frames, but only in the second situation, the 2-way communication can be established.

The outcome from this short example is that, when designing the wireless cell sizes, one has to take into account, what is the average output transmitting power of the antennas that clients will use.

Depending on the band, there is a predefined set of sub-bands defined for each channel. In environments with multiple APs placed in the same physical area, the smart channel assignment is used in order to avoid collisions (collisions of the frames transmitted on exactly the same frequency from multiple sources at the same time). 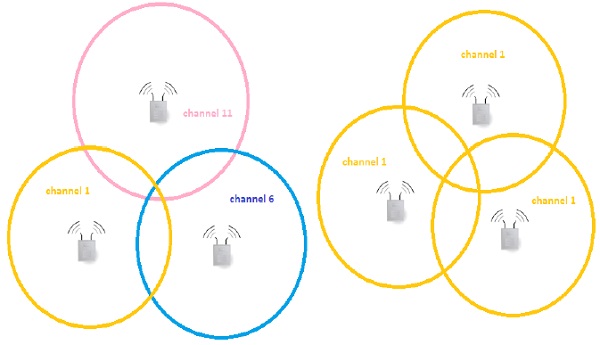 Let's have a look at the theoretical design of the 802.11b network with 3 cells, adjacent to each other as shown in the above picture. Design on the left is composed of 3 non-overlapping channels - it means that frames sent by APs and its clients in particular cell, will not interfere with communication in other cells. On the right, we have a completely opposite situation, all the frames flying around on the same channel leads to collisions and degrade the wireless performance significantly.

Antennas are used to "translate" information flowing as an electrical signal inside the cable and into the electromagnetic field, which is used to transmit the frame over a wireless medium. 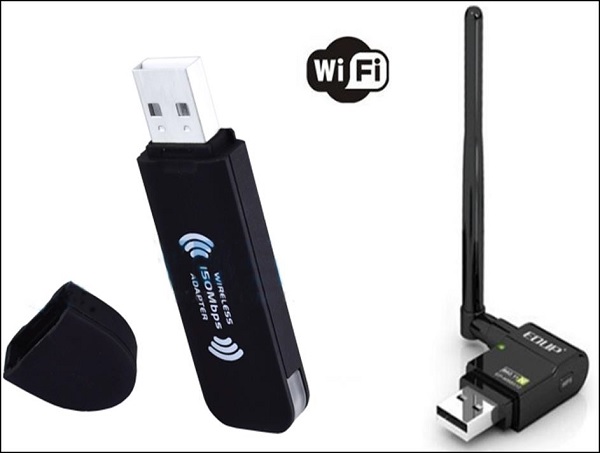 Every wireless device (either AP or any type of wireless client device) has an antenna that includes a transmitter and the receiver module. It can be external and visible to everyone around or built-in, as most of the laptops or smartphones nowadays have.

For wireless security testing or penetration tests of the wireless networks, external antenna is one of the most important tools. You should get one of them, if you want to go into this field! One of the biggest advantages of external antennas (comparing to most of the internal antennas you might meet built-in to the equipment), is that they can be configured in a so-called "monitor mode" - this is definitely something you need! It allows you to sniff the wireless traffic from your PC using wireshark or other well-known tools like Kismet.

There is a very good article on the internet (https://www.raymond.cc/blog/best-compatible-usb-wireless-adapter-for-backtrack-5-and-aircrack-ng/) that helps with the choice of the external wireless antenna, especially for Kali Linux that has monitor mode capabilities. If you are seriously considering going into this field of technology, I really recommend all of you to purchase one of the recommended ones (I have one of them).