Why do Buddhist monks shave their heads while Gautam Budha is depicted with curls?

There are a lot of theories about Lord Buddha's hair which is always shown as curly with a topknot. If the Buddhist monks and nuns, from whichever school or denomination or from whichever part of the world they may be, shave their off hair, it surely isn't because they like it as a fashion trend. It's because this is the tradition set by Lord Buddha himself and it has continued just the way He deemed it. 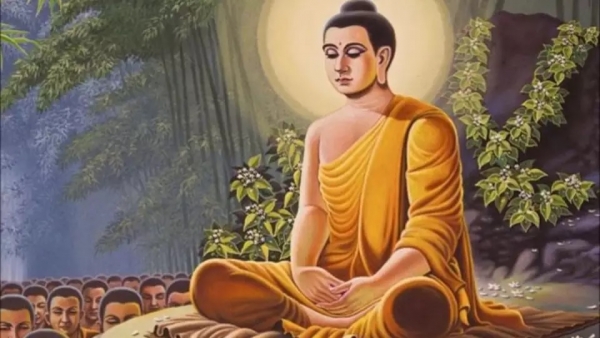 Before setting out on the path to a life of abstinence he was a prince named Siddarth whose father ruled a small kingdom called Lumbini, which is now in the Terai region of Nepal. In the fashion of those ancient times, the elite men wore their hair long to compliment other embellishments of attire and jewelry.

The Path of Abstinence

To stay true to the path of abstinence that Siddarth had chosen, he decided to give up his princely garb along with his long hair, which he considered to be a part of the elite garb. Knowing his strict adherence to his vow, it's unlikely that he ever compromised with it. So, we can safely say that Lord Buddha Himself used to shave off his hair as much as all the Buddhist monks have been doing all along since that time. Now, if that's the case, why would all of Lord Buddha's pictures and statues show him with long curly hair tied into a topknot? 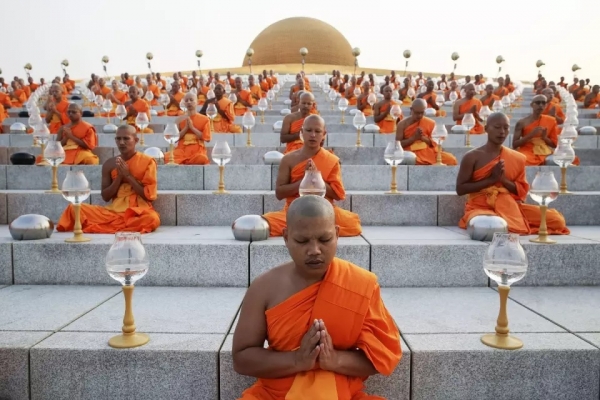 The answer to this question lies in a particular art form known as Gandhara Art, which flourished in the Gandhar region of what is today Kandahar, in Afghanistan. This was where the first pictures and statues of Lord Buddha were ever made and it was here that the local artists gave Him that hairstyle. All subsequent pictures and statues of Lord Buddha took their cue from this depiction, pioneered by the artists of Gandhar. Certain impressions and trends tend to stick through millennia and the Gandhar artists' imagination of Lord Buddha's hairstyle seems to be one of them. Rest assured, Lord Buddha also used to shave off the hair in His head like all Buddhist monks and nuns do.