In Ramayana, why Raavan had 10 heads?

According to Hindu Mythology, Ravana was born to sage Vishravan and Kaikesi, the asura mother of demon family. He was the king of all the demons called Raakshasas or Asuras. All the demons were the devotees of Lord Shiva who is their family deity. Similarly, Ravana was also a true and intense devotee of Lord Shiva. He used to worship him a lot and had seen, conversed and received great boons from him many times. 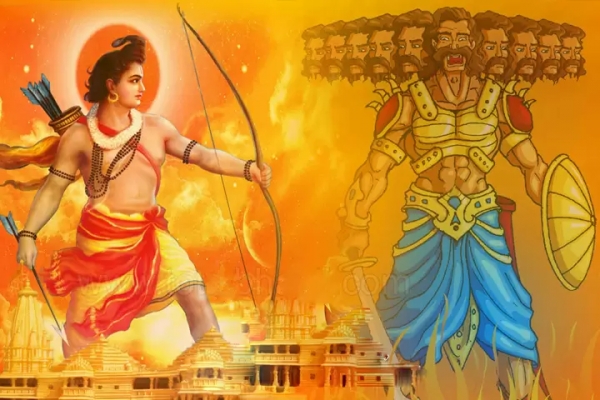 Ravana was a great musician and an excellent veena player. He is a great scholar in all the six Shashtras (Shadshashtras) and four Vedas (Chaturvedi). Ravana was also a master of all the 64 types of knowledge and arts (Chatushshashthi Kalas). He was a highly learned Brahmin and a great acquirer of power with Tapas (Penance) with which he acquired the title “Brahma” and hence was called as “Raavanabrahma”. He was a great warrior that none can win a fight against him. He even wrote a dozen texts, compiled seven swaras of Samaveda and composed the great Shiva tandava strotram sung even today.

When Ravana has once performed a 'Homa' (sacrifice) to please Lord Shiva in the want of ultimate powers, he had beheaded himself to satisfy lord Shiva but surprisingly his head was back in place again. This got repeated ten times that Lord Shiva was so impressed and granted him with ten heads and twenty arms, which come whenever he wishes for. Hence Raavan was also called as Dasamukha (10 faced) or Dasakantha (10 throated) or Dasagriva (10 headed). 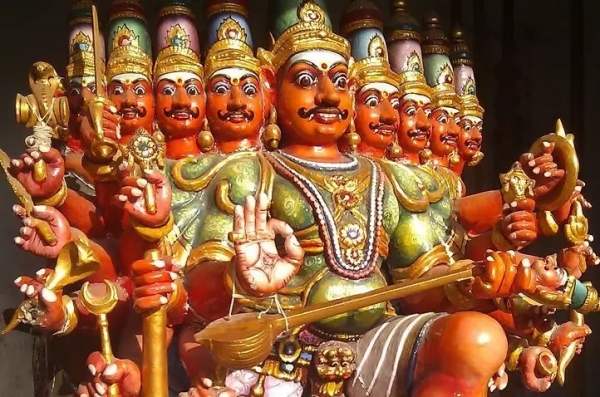 The Mythological analysts interpret his ten heads as the emotional states Ravana had got. They are kaam (lust), Krodh (wrath), Lobh (greed), Moh (obsession), Mada (vanity), Maatsarya (Envy), Ahankaara (Ego), Chitta (will), Manas (Heart), Buddhi (Mind or Intellect). They are interpreted to convey that holding a balanced attitude on all these characters make a great personality.