why did apple really replace the headphone jack with dac technology

The bold move made by Apple to remove the traditional 3.5 mm headphone jack from the iPhone 7 has created quite a hustle, all over the internet and the social media. This is Apple’s take on moving ahead towards the future. Since the announcement of the decision, the company has been subjected to comic criticism, sarcastic mockery, and millions of jokes.

In fact, this decision has disappointed a great number of Apple fans. Now iPhone users cannot connect their older headphones directly with their iPhones. Although, Apple provides a Lightning to 3.5 mm converter within the sales package of the latest iPhone, still, there is no way you can simultaneously charge and use wired headphones at the same time. 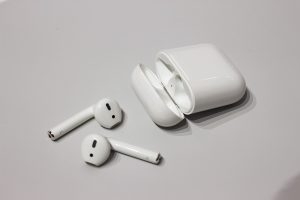 There has been a huge uproar among Apple fans because of the removal of the beloved headphone jacks. There is an astounding number of hilarious memes about the the latest iPhone floating around the internet. But, before jumping straight to any conclusions, let get acquainted with some of the most significant reasons why Apple ditched the headphone jack.

With the newer standards of smartphones available across the market, it was a necessity for the iPhone 7 to be waterproof in order to stand out in its price bracket. Most other flagship devices in its price segment are waterproof. Moreover, it is Apple. Apple has the reputation of incorporating ‘the best of the smartphone world’ into their devices. So, they made the iPhone 7 certified by IP67 rating standards. 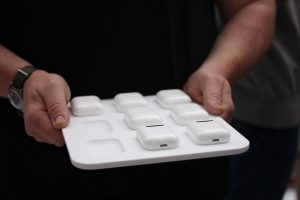 This means that the new iPhone can easily survive inside 1 meter of water for around 30 minutes, without breaking a sweat. So, eliminating the headphone jack makes quite a sense as Apple had to deal with waterproofing only one port, i.e., the lightning port used for charging and wired connectivity. But, it is never impossible to manufacture a phone that is waterproof, still having a headphone jack. We have already seen many phones in the last two years.

Gone are the days of the Nokia 3310 where the internal components of mobile phones could have ample amount of breathing space. With smartphones getting thinner and eliminating bezels, a plethora of electronic components has to be cramped up within a much smaller real estate. So, smartphone manufacturers these days have to be really picky about which components to include while designing their smartphones. 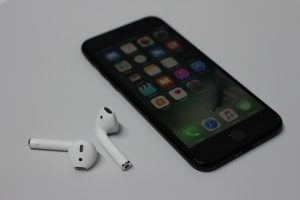 The Apple iPhone 7 had to be the thinnest device in the market with the best possible performance. The headphone jack really eats up around 10 % of the valuable real estate inside an iPhone. Moreover, waterproofing a phone with a Taptic engine (used for the iconic 3D touch feature) needs a lot of space in the inner vicinity of the phone. Moreover, by removing the headphone jack, Apple could incorporate a larger battery inside a phone with thinner bezels.

Most of the smartphones available on the market have dedicated DACs for audio output through the headphone jack. A DAC, aka Digital to Analogue Converter, is an electronic chip that converts digital signals to analog signals and also contains an amplifier circuit. Headphones and other audio devices need analog signals for their operation. 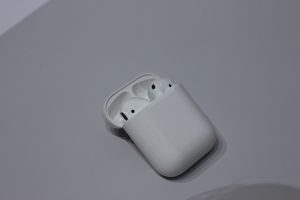 All the components inside the iPhone 7 are digitally operated. A headphone jack would always need a dedicated DAC. So, apple decided to eliminate the DAC from the smartphone altogether. Instead, Apple shifted the whole DAC circuitry into the headphones. Usually, traditional headphones with 3.5 mm jacks do not come with inbuilt DACs. So, is connecting normal headphones via the lightning to 3.5 mm connector useless?

No, Apple has got its customers covered. A dedicated DAC has already been incorporated within the lightning to 3.5 mm connector cable. This move also opens up space for 3rd party headphone manufacturers for incorporating custom made DACs into their headphones and speakers.

Apple has been the prime trendsetter in the smartphone market since the last decade. The smartphones we see today are based on the concepts of the first ever iPhone from Apple. So, it is crisp and clear that Apple’s ideas and concepts are followed religiously by the masses. Apple believes the future to be wireless.

Apple simply deems the headphone jack to be ambiguous and unnecessary. Apple simply adheres to the idea that the headphone jack is simply a reminiscent from the past and is holding us back. Apple has recently launched its Air pods that connect wirelessly across any Apple device. Air pods are Apple’s answer to the traditional wired headphones. These Air pods can also be connected to different Apple devices at the same time.

It is estimated that Apple is going to earn billions by taking this simple but bold step. In fact, Apple could make so much money out of this that all the reasons mentioned above may seem like a hoax to cover up Apple’s intentions. Still, these are just speculations and may not always stand true.

By eliminating the headphone jack, apple has launched its Air pods. But, Apple didn’t include the Air pods within the sales package of the iPhone. Apple sells these headphones separately with a high price of US$160. You can literally afford another smartphone along with a pair of 3rd party Bluetooth headphones within this price.

The most advantageous aspect of Apple is its reputation. It has claimed the title of the most popular smartphone manufacturer. In fact, in some countries, Apple products are used as an insignia of status and wealth. Apple has earned itself a huge as well as a loyal customer base in the last decade. You could easily find people saying,” If you have a phone, it better be an iPhone.” 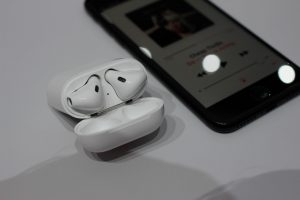 So, ‘costly’, ‘overpriced’, ‘out of budget’ are some of that could never be found in a die-hard Apple fan’s dictionary. So, no matter at what price the Air pods are launched, it is still going to be sold out within the blink of an eye. A flabbergasting one-fourth of the wireless headphone market has already been captured by the Air pods since its launch. The same goes for any other Apple product.

Copyrights on the Lightning port and MFI Certification

By removing the headphone jack, the only gateway left for connecting wired accessories into the iPhone is via the lightening port. But, the patient design and the copyrights to the lightning port are owned by Apple. So, 3rd party headphone manufacturers have to pay a royalty fee to apple for every product sold. This royalty fee is rumored to be around 10% of the price at which these accessories are being sold.

A rumor also suggested that, at some point, Apple took a flat price of USD 4.00 for easy record maintenance. But, these are all just assumptions as accessory manufacturers have to sign a Non-Disclosure Form with apple. An MFI certification chip is also incorporated within ever Apple certified accessory. Apple already has the reputation of suing certain non-certified accessory manufacturers and acquiring penalties in five figures. So, this was how Apple could have control and make money on each and every iPhone accessory sold.

As with great power comes great responsibility, with new iPhone come new trends. No matter how much people make fun of an iPhone, they are still going to be the eye candy for the masses. The unmatched standard and quality that Apple provides with the iPhone are second to none. The exclusion of the headphone jack is a controversial but a smart move made by the company.