How did Mercedes Fleet-board Technology brings the First all-electric Truck?

The world these days is all about going green. With the increasing levels of pollution and its aftermaths like greenhouse effect and global warming, we are in a desperate need to replace the nonbiodegradable fossil fuels like petrol, diesel and coal with renewable energy resources like hydroelectricity, solar energy, geothermal energy and wind energy.

Moreover, we are running out of fossil fuels at an alarming rate. Even this rate is also increasing. This is another promoter of the idea of going green. Nevertheless, we have an abundance of hydropower and wind energy. it has been quite a challenge for automotive manufacturers to completely replace the fossil fuels.

The Age of Electric Automotives 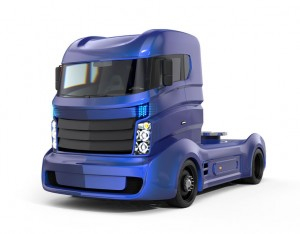 Electric vehicles are being anticipated to rule the roads by the next decade or so. Technological Superpowers like Germany and Japan have already taken various initiatives to go totally electric and to be completely independent of fossil fuel based vehicles and machinery.

Back in 2008, Tesla Motors had given the world a chance to have a taste of the electric goodness by launching the very first totally electric sports car. Later on Tesla went forward to manufacture various ‘one of its kinds’ electric automotives.

The world’s first all Electric Truck

A lot of people were awe stuck, when Elon Musk, the product architect of tesla motors and founder of SpaceX unveiled the fact that, Tesla Motors was planning to work on manufacturing a totally electric commercial automobile named as the Tesla Semi. 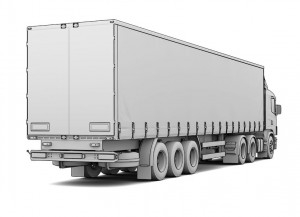 This surprised a lot of people, as it was a fresh and new concept. Nobody else had ever mentioned or thought of this concept before. But, things turned out differently as Mercedes-Benz and Daimler Trucks unveiled that, they have already been working on their urban eTruck concept way ahead of Tesla.

Yes, you read it right, Mercedes-Benz have already stuck their fork in the electric commercial vehicle market. In fact, they went miles ahead of Tesla Motors by already showcasing a completely working prototype of the Mercedes-Benz Urban eTruck.

As it goes, this gorgeous marvelous humongous piece of beauty runs for around 124 miles or 200 Kilometers when it is totally charged up. It can do this by carrying a total whopping weight of 26 tonnes or 26000 Kilograms. If that doesn’t already impress you, some of its lighter duty ‘Semi’ siblings from Daimler are already going through customer specific trials. 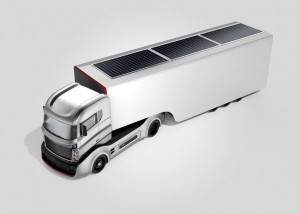 Now, if you are starting to get the feeling that the Mercedes eTruck is seemingly a bit under powered as compared to its petrol or diesel counterparts; always keep this fact in mind that, for all the electric automotives weight, aerodynamics and the balance between both are the most challenging factors while designing long range electric automotives. Keeping this in mind, covering a distance of 124 Miles while carrying a weight of 26,000 Kilograms is a huge milestone in the world of Electricity powered automotives.

From a practical point of view, at its current stage of development, the eTruck may not be well suited for long distance transport between different cities. But, this huge masterpiece will definitely find its place in transporting goods within a vicinity of a shorter radius. Mercedes and Daimler are speculating its launch to be at around 2020.

Let us dig deep into this power monster. Having a look from a closer perspective, the basic building block of the Mercedes eTruck is a pre-existing truck from Mercedes-Benz that has three axles. This technology is typically ideal for short range transport.

The automobile designers at Mercedes just took the original truck’s drive-train out and replaced it with a rear axle that is driven using electric current. This kind of rear axle was also used on Mercedes-Benz Citaro Hybrid Bus. The power source for the engine is based basically on batteries. 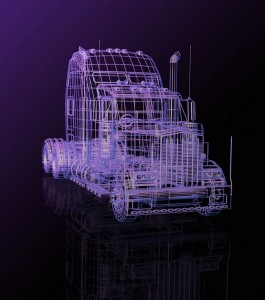 These powerful actuators can produce a combined power of 335 horsepower and a total torque of 737 pound-feet. This amount of power would be enough to pull of 26 tons of cargo. Furthermore, Mercedes claims that, the eTruck could easily compete with a regular diesel truck of the similar size in terms of performance, even after mounting the bulky electric power-train. Again looking back at the batteries, when fully charged, these batteries could store 212 Kilo-Watt-Hour of electric power. This amount of power would be enough to drive the truck for 124 miles or 200 Kilometers.

This magnificent vehicle has got three types of driving modes. These driving modes include the ‘Auto’ mode, the ‘Eco’ mode and the ‘Agile’ mode. Shifting between these modes shifts the power consumption and efficiency of the truck. For an instance, the Eco mode offers the truck to increase power efficiency while putting a certain limit on performance. 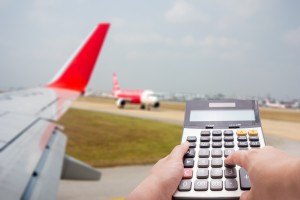 The Agile mode boosts the performance of the truck while compromising power efficiency. The Auto mode automatically detects which mode will be best suited, according to the situation. Moreover, the Mercedes eTruck has also got a lot of advanced connectivity options integrated within it. The driver of this powerful machine can now use a tablet computer to monitor its range in a real time basis.

The future of our world, not only awaits but also longs for these kind of automotives. We, the human community, as a whole should take a stand against pollution and vanquish our dependency on fossil fuels. Game changers like the eTruck, open the doors for a clean and a green world.

Moreover, future of vast possibilities awaits machines like these. Imagine a driver-less remote controlled truck or even a truck that autonomously navigates using GPS.

We humans have taken a lot from mother earth. In return, we have just given her rashes and wounds in the form of pollution, extinction, chaos, catastrophe, and what not. This is a debt we can never possibly repay. At least, we can right our wrongs.