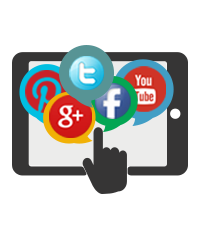 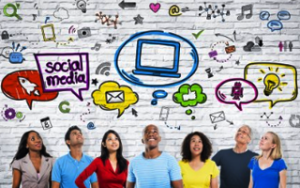 How to Connect Both?

Why not to connect both?

Here, you will get to know why it is unimportant or bad to connect Twitter and Facebook with each other.

Twitter runs in a high-volume but, it’s very informal and loosely connected network. It never ends and people don’t get bored of using it – If people sit for a day then too they don’t feel bore and get tired. Using this, you encourage lots of different people to follow you (those you know and those you don’t) without any permission (permission is not required to follow others.

On the other hand, Facebook is also run in high volume but, always maintains user’s account privacy while keeping data personal (no one can access you without your permission). People who accept your friends request, they can only see your posted data and can send messages. Every day, volume of updates on Facebook is much lesser than Twitter. Although, every day people expect one or two status updates, maximum.

Twitter provides limited characters (140 characters) while posting anything that means; words have to be edited in order to save space like; word “about” reduces to “abt”, “with” reduces to “w/”, “have” reduces to “hv” etc. Hashtags (#socialmedia) used on Twitter to create it simple for people to follow explicit topics — don’t assist a function on Facebook.

The culture of both networks is very much different from each other and combination of both put users in trouble. The syntax used by Twitter and Facebook is also different; Twitter uses “#”s and “@”s to function and abbreviations like “RT”, while Facebook’s syntax is less complicated (supports all kinds of format). So, placing Twitter character into Facebook will definitely and quickly makes Facebook friends angry.

It is really a bad idea to combine Twitter and Facebook both with each other, this combination will bring only confusion between both account holders that also effect business too. People who do business advertisement through these two sites will be affected due to this combination.