Which are the states in India affected by Naxalites? And why?

In India, the states affected by Naxalite violence are Bihar, Chattisgarh, Madhya Pradesh, Jharkhand, Orissa, Telangana, Andhra Pradesh, Maharashtra, West Bengal and Uttar Pradesh. All the states mentioned here present a similar problem of rural poverty in the specific areas within their boundaries where the Naxalite movement is active. As many as 106 districts across all these states are in the grip of varying degrees of communist extremism or left-wing extremism as we know it. 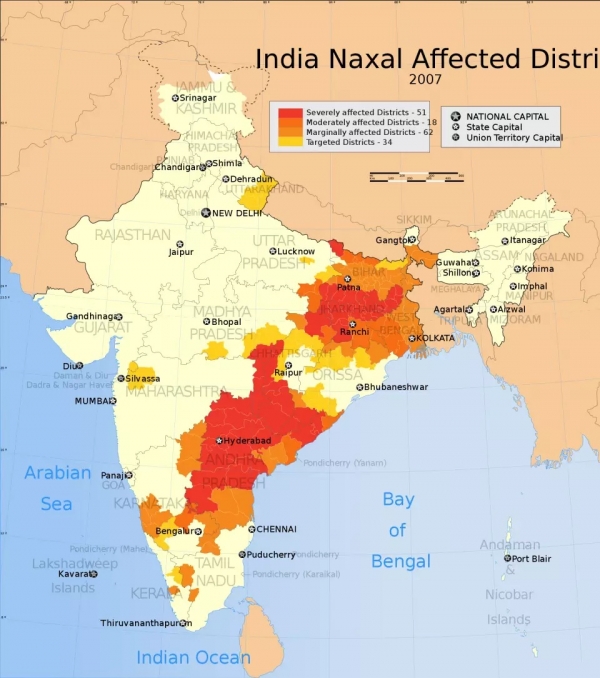 The Influence of Communists

The main reasons for extremist absolutist ideologies like communism to flourish in a particular area is extreme poverty, negligence, exploitation, and injustice. There can be exceptions though, like Kerala, where there is no extreme poverty of the type found in the Naxalite affected regions of Bihar, Jharkhand, Odisha or Chattisgarh.

Yet, the communists are still very well-entrenched in that state where one gets to see exactly the same kind of intimidating and violent politics by the communists that can be seen in the Naxalite-affected areas.

No difference Between Naxalites and Left-Wing

It raises the question about the need to distinguish just Naxalite violence as 'left-wing extremism' because there is practically no difference between the kind of intimidation and violence practiced by the overground elected communists and the underground Naxalites. In fact, the areas where the Naxalites had enjoyed complete dominance till about a few years ago in Bihar, Jharkhand, Odisha or Chattisgarh, daily life was similar to that of CPI (M)-run Kerala and West Bengal (when the CPI(M) was in power). 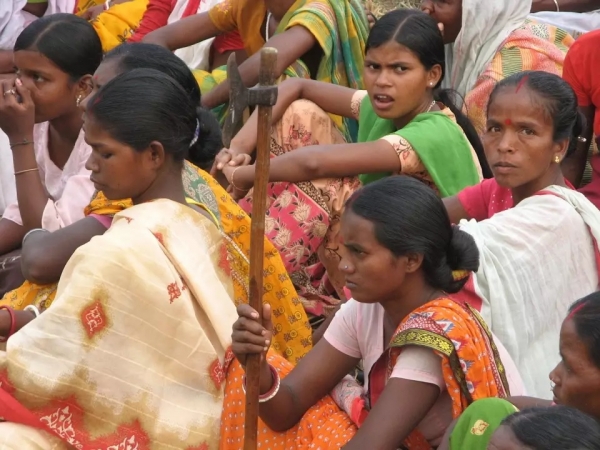 The truth is, communists are extremists irrespective of whether they hold a gun like their guerrilla comrades, the Naxalites, or whether they sit in parliament like the CPI(M) or CPI. There is no scope of any second opinion in any communist-dominated area.

China and North Korea are living examples and the Soviet Union, East Germany, and some others are dead examples. Communism is essentially an economic doctrine and China ditched that economic doctrine four decades ago to adopt the free market model to achieve its remarkable growth.

How Can It Be Resolved?

Nobody can deny the need to eliminate poverty, negligence, exploitation, and injustice from vast areas of India but communism is not the way to achieve it. The need of the hour is to strengthen local self-government from the district level downward. Right now, the state-appointed autocratic and aristocratic office of the district collector rules arbitrarily over the districts. That power should shift to the elected district legislature - the Zilla Parishad or the District Council which will be accountable to the people of the district. The absence of accountability of the government has led to poverty, negligence, exploitation, and injustice which gave space to extremist forces like the Naxalites and the communists.