What were the literary qualities of Samuel Taylor Coleridge?

Samuel Taylor Coleridge is a popular name among all Romantic poets who were influenced by the French Revolution. He was a leader of the British Romantic movement and was born on October 21, 1772, in Devonshire, England. 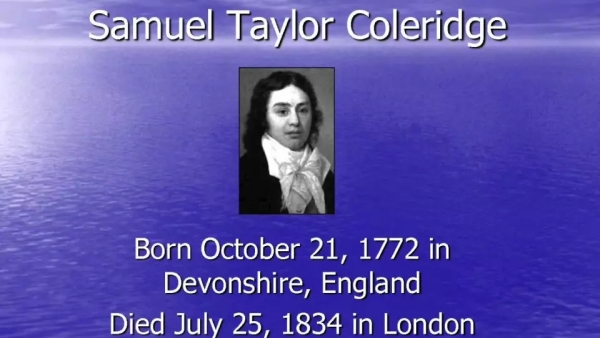 2. Suspension of Disbelief: The way in which Coleridge has achieved the willing suspension of disbelief has been even explained beautifully in the book The Romantic Imagination by Bowra.

3. Realism: He exercises an imaginative realism, which is an attitude of accepting things and situations as they are.

4. Extreme Emotions Beautifully Described: His poems are balanced, as both ecstasy and grimness are described with equal importance.

5. All Traits of Romanticism: His poems are an epitome of Liberty, Fraternity, and Equality (Ideals of the French Revolution). Also, individualism, sensuousness, love for Nature, inspiration from self can be seen as embellishments in his works.

6. Medievalism Present: Medievalism is present everywhere in Coleridge's poetry. The whole Rime of Ancient Mariner is wrought with the color and glamour of Middle Ages. 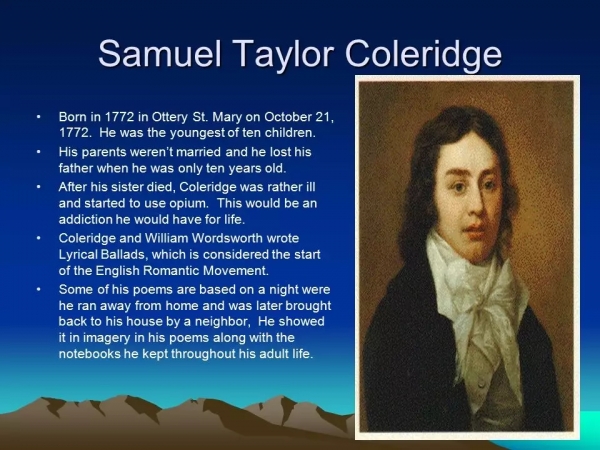 The genius of Coleridge was similar to that of Wordsworth. While Wordsworth dealt with naturalism, Coleridge made supernatural an important domain.