What is Packet Switching?

Packet switching merges the benefit of the message and circuit switching. Long messages are divided into smaller units known as packets. 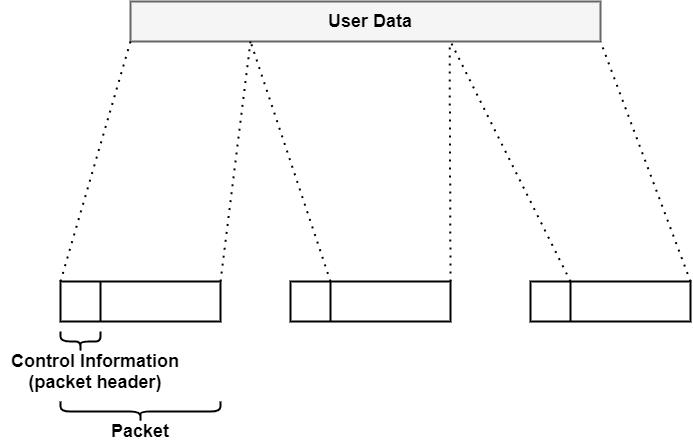 A question appears as to how the network will manage this flow of packets as it tries to path them through the network and transfer them to the planned designation.  In a packet-switched network, data is transmitted in discrete units of potentially variable length of blocks known as packets.

The maximum length of packets depends on the network. In this, longer size messages are broken into multiple packets. Each packet contains the data with a header. The header includes the control information like priority, source and destination addresses etc.

There are two methods to Packet Switching, which are as follows −

A packet-switching technology in which a packet is called a datagram. It is treated as a separate entity. Each packet includes data about the destination, and the switch helps this data to forward the packet to the right destination. It is also known as connectionless switching.

Virtual Circuit Switching is also referred to as connection-oriented switching. A fixed, consistent direction through the transmitter's network is settled in the virtual circuit method. The packets are transmitted earlier. This direction remains constant for the session period.

The advantages of packet switching are as follows −

The disadvantages of packet switching are as follows −